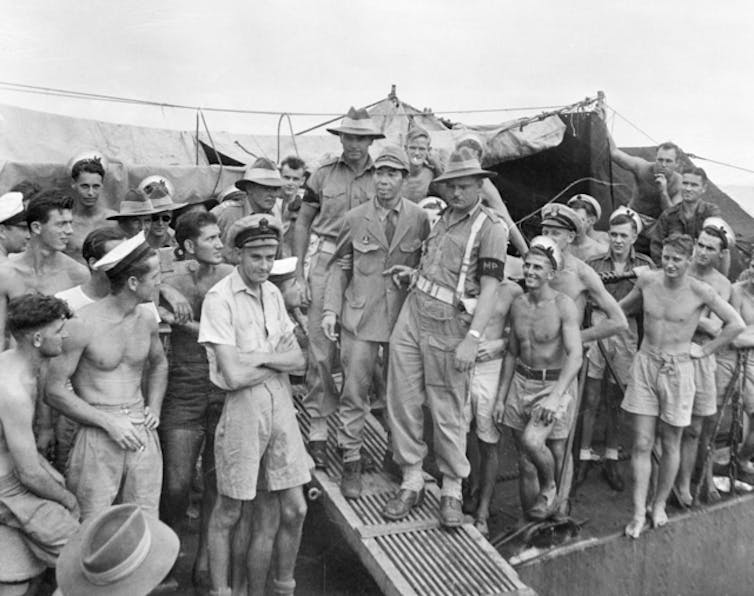 The Australian government established the Office of the Special Investigator[1] last year to investigate allegations made in the Brereton Report that Australian soldiers had committed war crimes in Afghanistan.

Recently, the director-general of the office, Chris Moraitis, told a Senate Estimates Committee it could take anywhere between one to five years before evidence can be presented to the Director of Public Prosecutions[2], the first step in beginning a trial.

The allegations made against Australian Defence Force members attracted significant public interest when they were announced. So it may seem surprising the team of 50 investigators expect the initial phase of the investigation to take so long. But investigating war crimes is a difficult business for practical reasons, and the uncomfortable legal questions that can arise during the process.

The allegations in this investigation, for starters, go back to 2006. Witnesses may be dead, unavailable, or even unwilling to talk to investigators. Witnesses from the military may prefer to move on from the issue. Incriminating documents may have been destroyed or lost. Crime scenes have likely been irreparably tarnished.

Investigating will be extremely difficult

According to Moraitis, investigators are not currently focused on groundwork in Afghanistan. This could become an important dimension of the probe in the future, though there are obvious logistical problems that would need to be overcome.

First, the Australian government has closed its embassy in Kabul[3], which limits the amount of support investigators would have and denies them a potential base of operations.

Second, the security situation in Afghanistan remains uncertain, months after the Taliban takeover. Though the Taliban has claimed control of the country, this is limited in many regions[4]. Both the Taliban’s desire and capacity to support Australian investigators is also unclear.

As Moraitis told the committee,

In this space you need to cooperate with the state. At this stage, I don’t know that we can do that. […] Then, when it gets to the operational investigation space, having investigators travel to a place like Afghanistan at the moment is extremely difficult, if not impossible, I dare say.

Moraitis also flagged legal considerations[5] over the kinds of evidence investigators were collecting.

He noted the Brereton report was compiled under statutory powers that allowed investigators to compel witnesses to give evidence. This included self-incriminating evidence, which is inadmissible in Australian criminal courts.

This means any statements provided by witnesses as part of the Brereton report could not be used against them in a future criminal trial in current Australian courts. However, media reports suggest some military personnel are discussing immunity[6] from prosecution if they give evidence against their fellow soldiers.

Read more: Allegations of murder and 'blooding' in Brereton report now face many obstacles to prosecution[7]

How Australia has prosecuted war crimes before

Australian authorities have dealt with difficult war crimes investigations before, such as when prosecuting Japanese war criminals after the second world war.

Back then, the answer to the challenges flagged by Moraitis was a determined investigation effort on the ground where the crimes were alleged to have occurred, and a more relaxed set of rules for evidence in specialised courts. These courts were designed according to purpose-built legislation, the War Crimes Act 1945[8].

Investigators were sent all over the Asia-Pacific region. Many of the sites were remote, and some were the scene of fighting between returning colonial powers, bandits, and competing political parties. Time pressures were often acute.

On Ambon Island in Indonesia, the location of one of the worst Japanese-run POW camps of the war[9], understaffed investigators had only three months to build a case before the Dutch colonial rulers insisted the Australians leave.

Masakiyo Ikeuchi, who worked at the camp that held Australian prisoners on Ambon, arrives at Morotai for his war crimes trial in 1946. Wikimedia Commons

Due to these obstacles in the investigation stage and the challenges prosecutors foresaw proving war crimes allegations in court, Australia (and allied countries) changed the rules for what kinds of evidence could be submitted. Cases could be run entirely on unsworn affidavits, a form of hearsay evidence.

Hearsay evidence is when a witness or document gives a statement from another person who is not a witness before the court. It is usually prohibited because there is no way to cross-examine the author of the original statement.

Hearsay evidence was allowed in the post-war trials because it was feared war criminals would escape justice due to lack of evidence. As these courts did not feature a jury, but rather a panel of judges with more experience and understanding of different kinds of evidence, it was considered fair for the accused.

Read more: Why Australian commanders need to be held responsible for alleged war crimes in Afghanistan[10]

Could the International Criminal Court step in?

The practical and legal questions over the Afghanistan investigations will be difficult to resolve without resorting to similar measures used in the past.

The now-updated War Crimes Act[11] has tightened the rules of evidence in Australian war crimes prosecutions to bring them in line with domestic courts. This means hearsay evidence is no longer admissible. With these changes, it seems unlikely the Australian government could create specialised courts for this purpose, like it did with the Japanese defendants.

It is not only the Australian public who will be anxious to see the investigations completed satisfactorily – international onlookers are concerned, too.

The International Criminal Court has already begun its own investigations[12] into alleged war crimes in Afghanistan. The ICC, which Australia is a party to, could take the lead if it determines Australian courts are unwilling or unable to investigate and prosecute a case.

As a specialised court for these kind of cases, the ICC does permit hearsay evidence along the lines of Australia’s post-second world war trials.

The stakes for Australian investigators are high. A failure to build a case that can be taken forward under current Australian law may push the ICC to consider itself better placed to handle the allegations.

This would be a setback for a country that has endeavoured to be seen as a champion of international law, standards, and peacekeeping since the end of the second world war.