So you think it’s the right time to dive in and buy a home.

I can’t tell you you’re wrong. I can tell you it would have been better to do it before prices began soaring, and that if they keep soaring it will get worse still.

That’s a jump of almost $100,000 in a matter of months — an awfully big price for procrastinating.

And banks are beginning to withdraw the cheapest of their still-very-cheap mortgage rates, at this stage mainly the fixed four-year rates which had been below 2%[3].

So why on earth wouldn’t you dive in, cut your living expenses to the bare minimum and try and buy a home while it’s the least bit possible?

One (slight) reason to relax is mortgage rates. Despite the increases in fixed four-year rates, three-year rates have barely moved. That’s because the Reserve Bank has promised to hold the three-year bond rate constant[4] at 0.1%.

Buying has become a bigger commitment

The three-year bond rate determines the cost to banks of their three-year fixed rate mortgages.

The Reserve Bank has said it does not expect to lift its 0.1% cash rate until “2024 at the earliest”. Movements in the cash rate determine movements in variable mortgage rates.

But there is another reason for proceeding with caution and taking stock.

Read more: Home prices are climbing alright, but not for the reason you might think[5]

For our parents, buying a home was an exceptionally good deal, not only because homes were cheaper — until the end of the 1990s homes typically cost between two and three times household after-tax income, they now cost closer to five — but also because over time the loan became easier to pay off.

Household disposable income after tax, before the deduction of interest payments, including income of unincorporated enterprises. Core Logic, ABS, RBA[6]

That isn’t because mortgage rates were coming down — at times they were going up — it’s because during our parents’ times wages (and prices) were climbing.

It meant that even if someone of our parents’ generation just squeaked through one of the bank’s tests about their ability to make payments on a mortgage, a few years and lots of inflation and several big wage rises down the track those mortgage payments shrank compared to everything else.

Many of our parents paid off their mortgages early.

One way to look at this is that the bank’s ability-to-repay calculators were set too harshly. They failed to account for future hefty wage rises and inflation.

It’s probably also true that they were set more generously than they might have been in an implicit acknowledgement of what the assistant governor in charge of the Reserve Bank’s economic branch Luci Ellis calls “mortgage tilt[7]”.

When inflation was high, and as a consequence interest rates were high, wages that climbed rapidly with high inflation made the servicing burden “most acute in the very early phase of a loan, falling over time”. 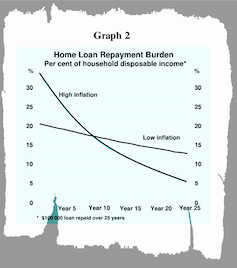 Reserve Bank of Australia, October 1997[9] On a graph (and the former governor presented a graph) the line showing payments as a portion of income tilts down over time. In a world of lower inflation and interest rates, the tilt becomes flatter. By now (Stevens published the graph in 1997) the line must be near horizontal. If wage growth remains near the record lows[10] the treasury is forecasting it will become scarcely any easier to make payments on a home loan over time. Yet the banks are still handing out loans using the sort of formulas they used to. If you get a loan you’ll be assessed as being able to (just) make the payments as always, but you’ll be denied the near certainty of being able to more easily meet the payments as time goes on. Now, we retire mortgaged This is a different from the risk you’ll also run of today’s ultra-low mortgage rates climbing (which banks do take into account in deciding whether to give you a loan). The proportion of homeowners reaching retirement age while still paying off their mortgage has doubled in 20 years. Which might be why some banks ask for details of your super before granting you a loan. It isn’t an idle inquiry. Might things get better? Maybe, if we can get wages moving again. Evidence given to Tuesday’s post-budget Senate estimate hearing provides cause for hope, and despair. Super hikes will make things worse The budget forecasts for wage growth over the next four financial years are incredibly low — 1.5%, 2.25%, 2.5% and 2.75% On Tuesday Treasury Secretary Steven Kennedy revealed that each would have been higher — 0.4 points higher — had the government not persisted with the five scheduled annual increases in compulsory superannuation contributions of 0.5% of salary starting in July. The treasury believes each increase will slice 0.4 percentage points from wage growth, on the basis that employers, who are legally required to pay the contributions, will have to find the money somewhere.

Commonwealth budget, 2021-22[11] It’s the same conclusion reached by the government’s retirement incomes review[12]. It’s cause for hope because it means that when those five increases stop (in mid-2026, or sooner if the government stops them mid-track) wages might be able to grow more strongly. It’s cause for despair because if the treasury is right, we are denying ourselves wage rises we could use in return for super we will increasingly use to pay down our mortgages. 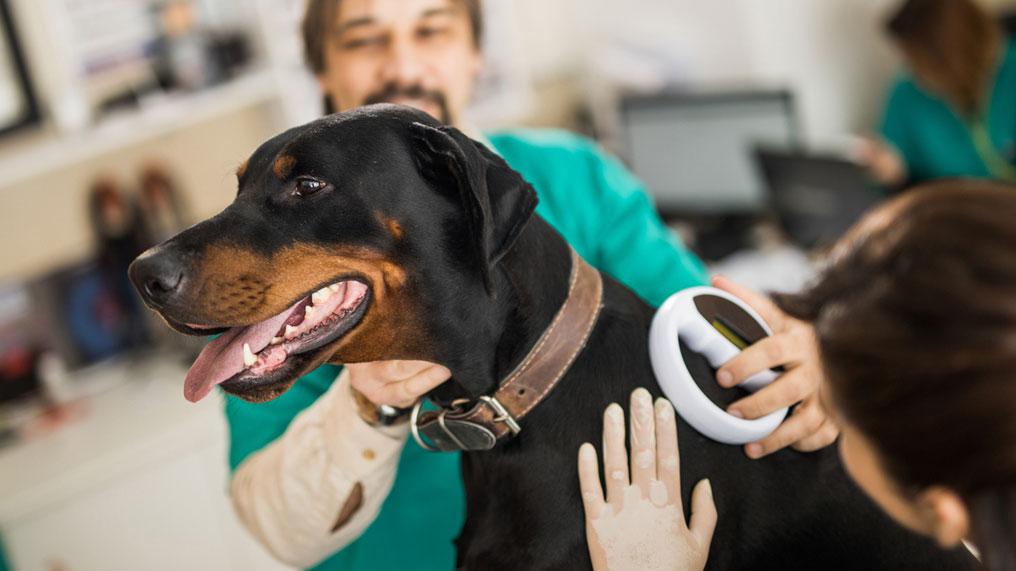 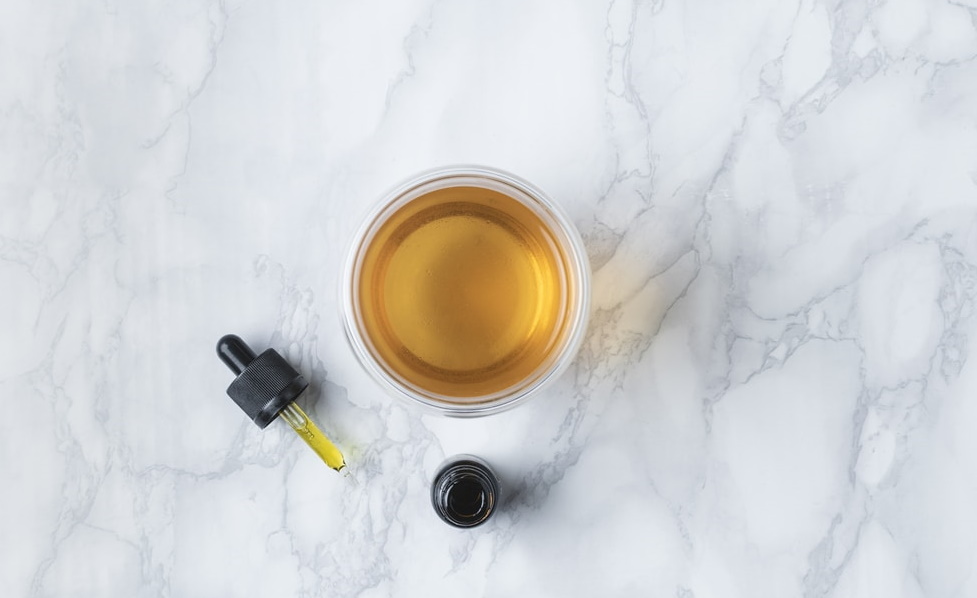