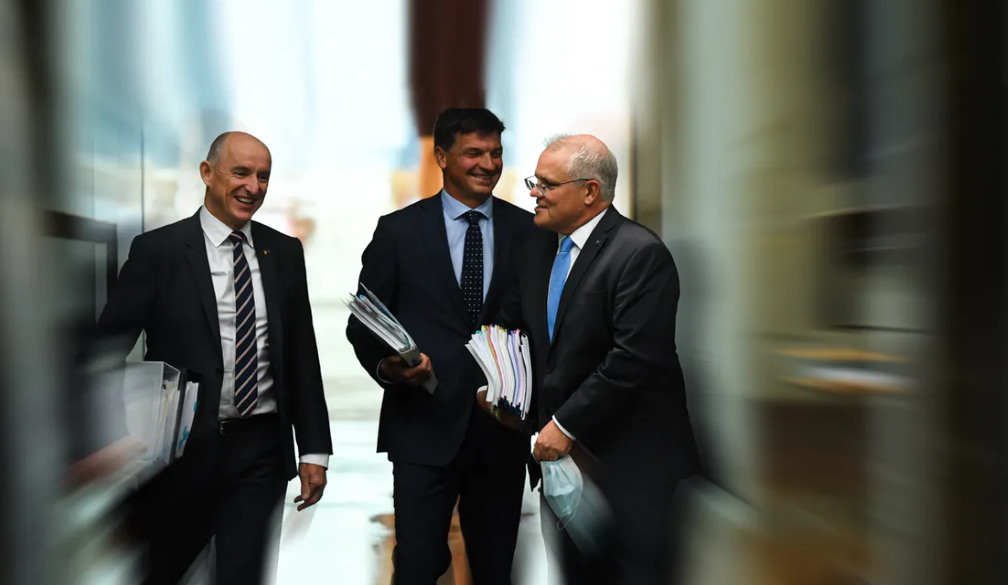 Reports that Britain’s prime minister Boris Johnson is considering calling for carbon border levies[1] at the G7 summit to be held in London in June have produced a predictable reaction from the Australian government.

The levies would impose tariffs on carbon-intensive goods from countries such as Australia that haven’t adopted a carbon price or a 2050 net-zero emissions target.

Appearing to be shocked by the news, Energy Minister Angus Taylor declared that Australia is “dead against[2]” carbon tariffs.

They were a “new form of protectionism designed to shield local industries from free trade”.

In fact they are already the policy of the European Union[3] and the US, where President Joe Biden[4] calls them a “carbon adjustment fee against countries that are failing to meet their climate and environmental obligations”. Canada[5], which has an economy-wide price on carbon, isn’t worried.

Saying you’re dead against[6] something doesn’t stop it, and nor does asserting that it is anti free trade, when it is just as arguable that it is pro fair trade because it denies exporters from countries that aren’t taking action against climate change an unfair advantage.

Australia not the primary target

The mining industry itself made this point during the Gillard government’s introduction of Australia’s short-lived carbon price.

It would leave Australian exporters at a “disadvantage compared with international competitors[7]”.

Australia isn’t the primary target in any event. The main aim of carbon tariffs would be to encourage China’s leader Xi Jinping to shift his country’s zero emissions date from 2060 to 2050[8], benefiting the rest of the world.

Read more: Vital Signs: a global carbon price could soon be a reality – Australia should prepare[9]

If Xi Jinping does it, he’ll be on a level playing field with much of the world, although not with Australia, whose fate, like that of Britain’s Admiral Byng in 1757 would be used “to encourage the others[10]”.

Complaining won’t much help. The International Monetary Fund[11] has endorsed[12] the idea, saying

The World Trade Organisation, which has in the past has pushed back[13] against environmental considerations in trade, is neutered.

In the late 1990s the WTO struck down a range of environmental restrictions imposed by the United States that required imported tuna to be labelled “dolphin safe[14]” and required shrimp catchers to take action to protect turtles.

These decisions proved disastrous for the WTO, producing bitter hostility from the environmental movement and contributing to mass protests at the 1999 WTO meeting, which became known as the Battle of Seattle[15] and ultimately killed the Doha round of trade negotiations[16].

Right now the WTO is in the organisational equivalent of an induced coma. By refusing to fill vacancies as they arose, the Trump Administration denied its appellate panel a quorum, forcing it to stop hearing cases[17]. 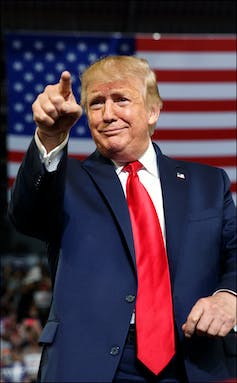 The result is that any appeal to the WTO against carbon border tariffs would be left in limbo. US President Joe Biden has agreed to the appointment of a new WTO director general, stalled by Trump, but is in no hurry to re-establish the appellate body.

Instead, he will first try to refashion the WTO into an organisation that supports his own policies, among them stronger environmental measures, carbon tariffs and “Buy American” provisions. When reformed, the appellate body will give complaints from Australia’s government short shrift.

But time is short. Morrison will have to either face down the denialists and do-nothingists[19] on his own side of politics, or set himself, and Australia, up for a series of humiliations on the international stage, with real and damaging consequences.