Just as much priority should be given to investing in child care and elder care.

Why? Because just four months ago the Australian government introduced the Pacific Labour Scheme as a cornerstone of its foreign policy agenda to build stronger economic partnerships with Pacific nations.

The scheme currently allows 2,000 workers from Kiribati, Nauru, Samoa, Solomon Islands, Tuvalu and Vanuatu to work temporarily in Australia. That number may grow. It builds on the Seasonal Worker Programme, introduced in 2012, that allows in roughly the same number to work in agriculture and some areas of hospitality.

It is meant to be win-win. On the one hand, it helps meet demand for workers in rural and regional Australia. On the other, it provides jobs, skills and income for Pacific island workers. Theoretically it can promote economic development in workers’ home countries and deepen friendships between those nations and Australia.

But only if we heed the bitter lessons from other parts of the world about the high human cost of temporary labour migration schemes done badly.

Though organisations such as the World Bank and many academics advocate the benefits of labour mobility, careful attention should be paid to the families and communities temporary workers leave behind.

Caring for those left behind

The schemes that led to the Pacific Labour Scheme were primarily focused on providing jobs for seasonal farm workers.

This new scheme is meant to promote gender equality in Australia’s development program by also meeting demand for workers in non-seasonal, highly feminised sectors – such as aged, disability and child care, hospitality and tourism. It is open to workers aged between 21 and 45.

It is therefore likely that many of the migrant workers will be mothers and primary caregivers to young children.

Although there is no single model of good parenting, and many migrant workers find ways to maintain ties with their children, parental absence can affect the physical and emotional care for children, disrupt education and even contribute to familial breakdown.

There is extensive international evidence of the social and emotional implications for children who remain at home when their parents migrate for work.

The UN Convention on the Rights of the Child, ratified by Australia in 1990, commits governments to consider the best interests of children directly or indirectly affected by government policies and actions.

The International Labour Organisation’s Decent Work Agenda[2] makes specific recommendations for member countries, such as Australia, about workers’ familial rights. It argues the potential social costs of fractured families and communities from labour migration “are without a doubt at least as significant as those related to the more measurable economic costs. The effects are almost never gender-neutral.” 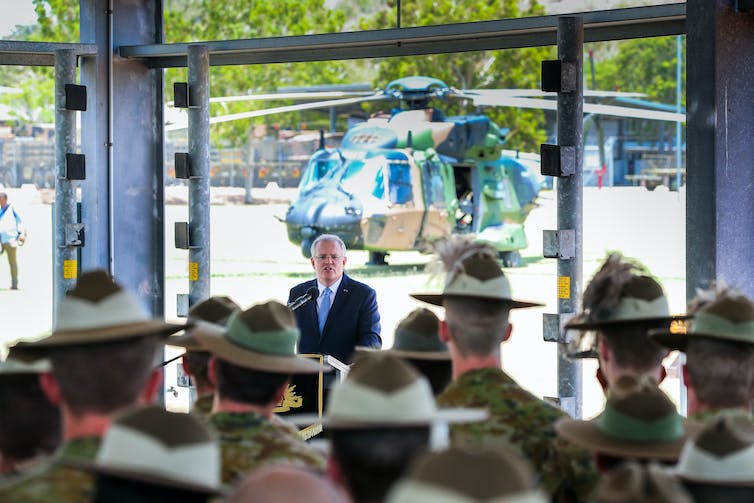 Australia has no significant history of temporary or “guest” worker programs. This means it effectively has a policy “blank slate”. We can learn from the well-documented pitfalls of programs elsewhere and develop a temporary labour migration program that is global best practice.

Read more: Why yet another visa for farm work makes no sense[3]

The optimal policy solution is to permit families to accompany temporary workers. This would be consistent with Australia’s other labour migration visas.

Where separation does occur, the UN Convention on the Rights of the Child obliges governments to design workplace policies that limit the impact of family separation. These could include travel allowances for annual and emergency visits, carers leave and workplace support for regular communication with children and family.

Temporary labour migration schemes should contribute to the development of migrant workers and their home countries.

The Australian government touts the Pacific Labour Scheme as a means to transfer skills to Pacific Island countries. But there is also potential for both “brain drain” and “care drain”.

Australia can address this by investing in child and elder care in Pacific countries.

Support for local care sectors would give relief to alternative caregivers (grandmothers, aunts, older siblings) when parents are away. It would mean jobs for returning migrants. It would be the basis for transferring skills to other workers. It would make more local workers ready to work in Australia.

If Australia wants to be a good neighbour it should seize this opportunity to develop a sustainable temporary labour migration scheme.

Putting Pacific Islander workers, their children, families and communities first will show Scott Morrison is serious about opening “a new chapter in relations with our Pacific family”.