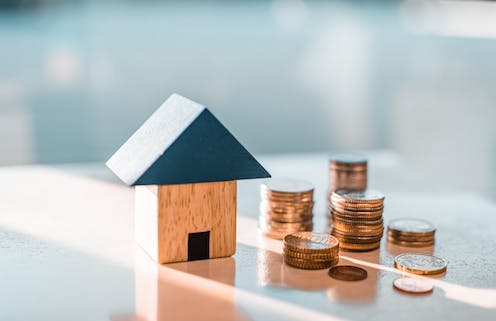 Tax is back in the news. Often this means a looming budget or election, as is indeed the case now, with the government’s 2022 budget delivered next week.

The election is much further away, but if the past couple of weeks are anything to go by, the interim will see the parties’ contrasting tax positions given plenty of attention.

So it’s probably time to discuss “wealth taxes” – a term broadly used here to capture the bucket of potential taxes on wealth, including capital gains, inheritance, gift, land or other types of tax on assets.

As recently as May 3, Prime Minister Jacinda Ardern said her government doesn’t have current plans[1] to introduce a wealth tax but was also refusing to rule one out. Either way, it’s an issue that is unlikely to go away any time soon.

To put it in context, there are three primary means of taxation, or three “limbs”, to use a frequently used tax term.

The first is income – taxes on earnings such as wages, salaries or company earnings. The second is taxing consumption – taxes on purchases of goods and services. Finally, there are taxes on wealth – taxes on what you own, usually assets.

In Aotearoa, we have comprehensive regimes for the first two of these.

Other consumption taxes include fuel, tobacco, and alcohol excise and duty. These are also all paid by the final consumer and totalled $5 billion in 2020-21 (5.2% of total tax revenue).

The primary issue with GST and excise taxes is that they fall more heavily[4] on lower income earners as a proportion of earnings.

But where is limb three? This is largely absent in Aotearoa, although we do tax assets in a small number of specific situations, such as the “bright-line[6]” test for residential housing.

But the default is that we don’t tax wealth, and unless a transaction is explicitly included in the legislation, it will not attract tax. Why is this a problem?

First, as the OECD puts it, wealth accumulation[7] “operates in a self-reinforcing way and is likely to increase in the absence of taxation”.

Read more: With a mandate to govern New Zealand alone, Labour must now decide what it really stands for[8]

The OECD also argues “there is a strong case for addressing wealth inequality through the tax system”. This is because higher income earners have greater capacity to save, which facilitates investment creation and further wealth accumulation.

Additionally, wealth inequality is greater than income inequality. But income is comprehensively taxed while wealth is not.

Not the law’s fault

The discussion inevitably comes back to fairness. We’re all familiar with the stories of the untaxed passive gains made by property owners, while those earning wages or salaries pay tax on every dollar earned.

We can’t blame “the wealthy” for this outcome. They are only following the rules as outlined in tax legislation, as they are required to by law.

We can, however, blame governments – and not just the current one, despite its parliamentary majority offering an opportunity for action that recent past governments haven’t had.

The issue is that none appear willing to tackle the political unpalatability of introducing a wealth tax. And in the absence of a government willing to take a leadership role, the wealthy continue to benefit at the expense of those who have less.

It is important to note that wealth taxes are not typically directed at an individual’s personal home. They are intended to tax wealth in the traditional meaning of the word – for example, people who own multiple houses or are “land banking”.

Importantly, taxes are flexible instruments, they can have exclusions where appropriate, such as for Māori land.

Revenue Minister David Parker said the government will quantify the level of wealth in New Zealand but declined to say whether a wealth tax would follow. Lynn Grieveson/Getty Images[10]

The question is, what will the government do when that information is available?

Collecting information is just the first step to inform debate in a democratic society. The issue is how much inequality our democracy is willing to tolerate.

Better quality data on who wins and who loses from a wealth tax will contribute to better quality debate. Whether we want a wealth tax, however, can only be determined at the ballot box. This should be put to the vote.