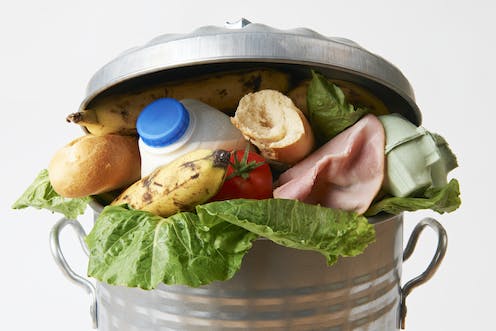 As New Zealand considers the removal of the goods and services tax[1] (GST) from food to reduce costs for low income households, advocates need to consider the impact cheap food has on the environment and whether there are better options to help struggling families.

Globally, we have become used to an abundant, season defying food supply. For decades, the price of our food was on a sustained downward trajectory before prices began to rise again[2] in the mid-2000s.

In many developed countries the proportion of income that we spend on food has declined to around 10%[3]. However, the price we have been paying for our food does not represent its true cost to the planet and to our health.

Nowhere is this more obvious than in New Zealand.

We have the third highest adult obesity rate in the OECD, at an estimated cost of NZ$2 billion[4] in healthcare services each year. Our agricultural sector accounts for nearly half of our greenhouse gas emissions, and has been associated with declining water quality[5] and biodiversity loss.

Demand for cheap food has lead to an increase in large-scale farming, with negative consequences for the the environment. Martin Hunter/Getty Images[6]

The cost of waste

Globally, it’s estimated between 20% and 40%[7] of food is lost or wasted each year and New Zealand is just as guilty[8] as other countries.

Food loss occurs throughout the supply chain due to factors such as harvest losses and poor storage. It mainly occurs in developing economies. Food waste occurs at the point of sale (retailing or food service, for example) and in the home, and is more of an issue in developed economies.

All this lost and wasted food is a serious environmental issue. If food loss and waste was a country[9] it would be the third largest global emitter of greenhouse gases after the US and China.

Many reasons have been put forward for the high levels of waste in our food system, from supermarket marketing (buy one get one free offers, for example) to a general lack of understanding of “use by” dates.

Globally, between 20% and 40% of food is lost in the supply chain or wasted at the point of sale or by consumers. Andreas Coerper Mainz/Getty[11]

However, a key reason for food waste is that with low prices food is not properly valued[12]. We only have to look back to the second world war or to those living now with real food shortages to see that when food is scarce it is not wasted.

Things are starting to change. The downward trend in food prices has been reversed over the past decade and this reversal has become particularly noticeable over the past three years. The interruptions in our food supply chains due to COVID-19 and the Russian invasion of Ukraine have pushed up the price of food, with further price rises expected as increases in resource costs[13] are fed through to the consumer.

These rises are exacerbated in New Zealand because GST is applied on all foods.

According to Engel’s Law[15], as we become richer, the proportion of our income that we spend on food declines. Therefore, any tax on food falls disproportionately on low income households.

The general arguments for and against removing GST[16] on food have been well canvassed in New Zealand. As recently as 2018 the Tax Working Group advocated against it[17].

Those against removing the tax argue it will do little to tackle inequality, that it will be complicated and costly, and the lack of competition in the supermarket sector may mean that prices will not actually fall[18].

The problem with GST in New Zealand is that it does not discriminate[19] between “good” and “bad” foods in terms of their impacts on our health or the environment.

Rather than cutting GST on some products, the government could address food poverty through targeted support schemes. Fiona Goodall/Getty Images[20]

Targeted cuts in GST have been called for (for example on fruits and vegetables), but again concerns have been raised over the complexity of selective GST and possible costs associated with exempting some products and not others. You only have to look at the difficulties faced by Ireland when trying to create tax distinctions between foods[21] to understand some of these challenges.

However, we could look at the issue of rising food prices and associated GST costs in a more positive light.

Higher prices encourage us to value food more appropriately and to waste less. This could provide major benefits by reducing the overall resource costs associated with our food system.

As GST is a percentage of the cost of food, price rises increase the government’s tax take. So instead of cutting GST it might be better to use the extra tax funds to alleviate the financial pressure on low income households through other means such as tax credits and support.

Read more: Turning supermarkets into public utilities could be the solution to New Zealand's grocery problem[22]

In addition, concerted efforts to change our relationship with food could be supported with the additional tax revenue. These could include campaigns to educate our children on good eating, advice on how to cook and store food to prevent waste, and pressure on supermarkets to stop promoting excessive purchases.

These measures could help improve our health, reduce expenditure on food (as we are not wasting so much) and reduce the pressure on our environment.

If we can offset the negative financial impacts on low income households, then high prices signalling the true value of food, coupled with targeted interventions using the revenue from the tax, could work to tackle our dysfunctional food system. If we do it right then the gains in terms of our health and environment could be secured for future generations, regardless of economic shifts.