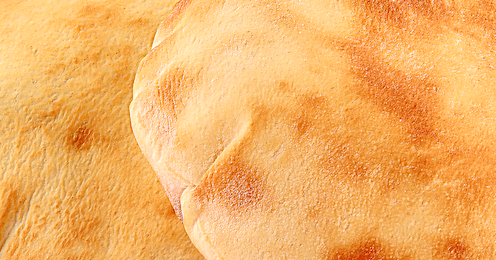 Russia and Ukraine between them account for almost a quarter[1] of the world’s wheat exports.

Russia and Ukraine are also big exporters of maize (corn), barley, and other grains that much of the world relies on to make food.

Wheat alone accounts for an estimated 20%[2] of human calorie consumption.

Since the start of February, as war became more likely, the grains and oilseed price index[3] compiled by the International Grains Council has jumped 17%.

Russia and Ukraine account for one fifth[7] of the world’s barley exports. Maize is a common substitute for wheat and barley.

Russia and Ukraine are also enormous producers of sunflower oil, between them accounting for around 70%[8] of global exports.

Among the world’s biggest wheat importers are Egypt[9], along with its North African neighbours Algeria and Nigeria, one of the world’s poorest[10] nations.

Indonesia, Turkey and the Philippines are also big importers.

Supplies from Russia might come through – and Russia is in desperate need[11] of foreign exchange. But Ukraine’s ports are closed, transport infrastructure is disrupted and might not be working when harvest season begins in July, and barley planting would normally begin about now.

Sudden shortages and price hikes will hit poor countries and their poorest citizens hard. Low income households spend far more of their income on staples[12] such as bread than high income households.

The effects will flow through to meat and egg prices, as cereal grains are used as feed of livestock and poultry production.

Throughout history, violence and unrest have flowed from hikes in commodity prices. Egypt[14] was racked with bread riots and rationing in 2017. Kazakhstan[15] suffered massive protests in January after a spike in liquefied gas prices.

Humanitarian organisations are set to face greater calls for food aid, which will be more expensive to provide.

Read more: How the war in Ukraine will affect food prices[17]

The value of Australian wheat production is set to hit an all-time high[18].

But food supply chains and global stability are certain to be tested.

It will take a village to stop this war and mitigate its repercussions. The rich and powerful of the village should do all they can to hold it together.