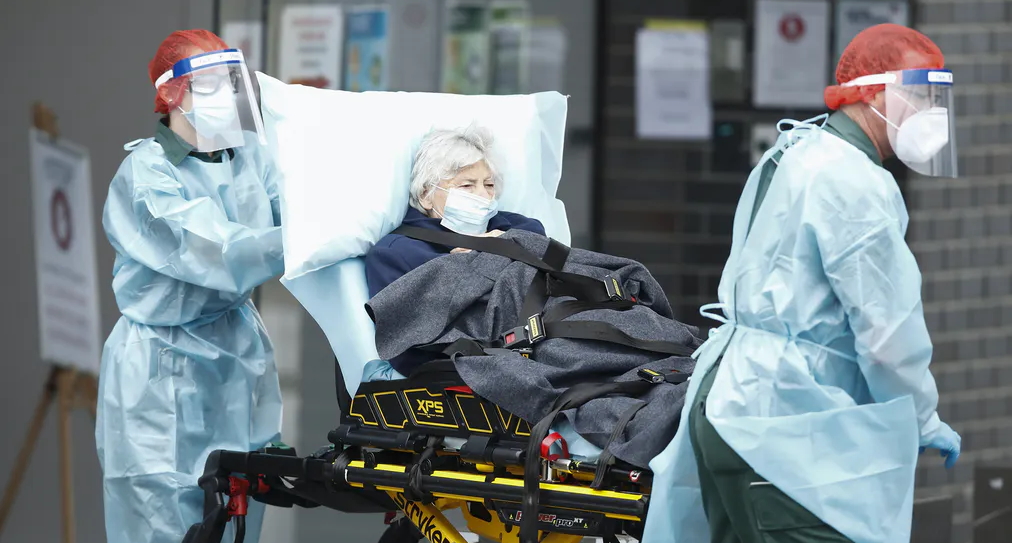 Throughout the COVID-19 pandemic, extremists have sought to exploit the pandemic environment to their own ends. Where most of the population sees an enduring health catastrophe, extremists tend to see opportunity.

Over the past two years, we have seen hospitals targeted by extremists[1], infrastructure attacked[2], and extremist narratives go viral. This has been most marked in western democracies, including Australia.

Funded by a Charles Sturt University COVID-19 Research Grant, we examined the Australian security context[3] to better understand how extremists were understanding and responding to the pandemic. Our key consideration was what extremist responses would mean for the security of Australians both now and into the future.

Read more: In COVID's shadow, global terrorism goes quiet. But we have seen this before, and should be wary[4]

Our focus quickly became extreme ideologies. Ideologies were important to our study because they helped us make sense of the link between knowing and doing, between thought and action[5]. By observing extremist statements and behaviours, we were able to identify and map ideology in action.

Ideology can be divided into three parts:

This is important, because ideology shapes strategy. It is a significant factor in who extremists determine are valid targets of their violence. With reports of attacks against Australians of Asian descent[6] early in the pandemic, we believed it was important to investigate these ideologically motivated behaviours.

To understand this better, we mapped narratives and activities of three primary extremist threats over 2020. These included violent Salafi jihadists, the extreme right, and the extreme left in Australia.

While we found little data on the extreme left, we had four key outcomes from the data collected on the extreme right and violent Salafi jihadists with respect to Australia. They were active in using the emerging pandemic to support their own beliefs.

Read more: Why hundreds of westerners are taking up arms in global jihad[7]

First, and most significantly, we identified ideological buttressing. This meant extremists were integrating the pandemic environment into their existing beliefs. For example, extremists incorporated COVID-19 to decry globalism, immigration, and modern society in general. This strengthened their existing narratives, which in turn positively influenced their ability to recruit.

This comes with national security implications. Extremists were able to cement beliefs and positions, thereby deepening the divide and distrust between fringe elements and their government. Buttressing ensures that the threat of lone actor and group terrorism will endure. It will also challenge future deradicalisation practices.

Second, we identified changes in existing ideologies – what we called diversification. That is, we found extremists adopting new or contradictory beliefs in addition to their former positions. Often, this occurred where extremists who were diverse in ideological affiliation gathered in the same space (albeit with differing goals). For example, traditional White supremacists adopted some of the sovereign citizen movement ideas on government oppression[8].

Read more: 'Living people': who are the sovereign citizens, or SovCits, and why do they believe they have immunity from the law?[9]

What this means is that extremists were exposed to different ideas, goals, and people. Their ideology was shifted by having a more diverse range of people in their networks, but often with chaotic results: supporters held seemingly contradictory positions simultaneously.

This shifting will challenge the efficient identification and categorisation of an extremist or group of extremists: the pandemic has made everything messier. There could be, as a result, flow-on effects, both to the community in reporting suspected extremists and the authorities investigating extremists.

The third outcomes was what we call “idiosyncratisation”. This is where extremists integrated specific conspiracies into their narratives. Conspiracies are not usually ideologies in a technical sense, because they rarely provide a alternative order. Nonetheless, we saw the adoption of objectionable and disconnected beliefs, such as 5G causing COVID-19[10] across both extreme left and extreme right movements.

Finally, our fourth outcome was that – despite COVID-19 countermeasures – the sharing of ideologically motivated ideas did not solely occur online, as might have been expected in a pandemic environment. Instead, misinformation and ideological content was shared offline, and in some cases, in person. While the internet was a highway for COVID-19 narratives around the world, it was not the only one.

Read more: Far-right groups have used COVID to expand their footprint in Australia. Here are the ones you need to know about[11]

The context created by COVID-19 has complicated Australia’s national security environment. We have seen new leaders emerging and new ideas being adopted. At the same time, old movements are transforming and old ideologies being reinforced.

As we move into 2022 and the pandemic continues, there will be critical considerations for the national security landscape. Those include the increasing complexities associated with extremists and how they are using COVID to further their own means. The four key outcomes identified in our study shed light on this ever-evolving threat to our national security.