The Melt is Australia’s first fully-integrated accelerator and industrial prototyping lab for hardware that is poised to expand the economy by $50M over the next two years. 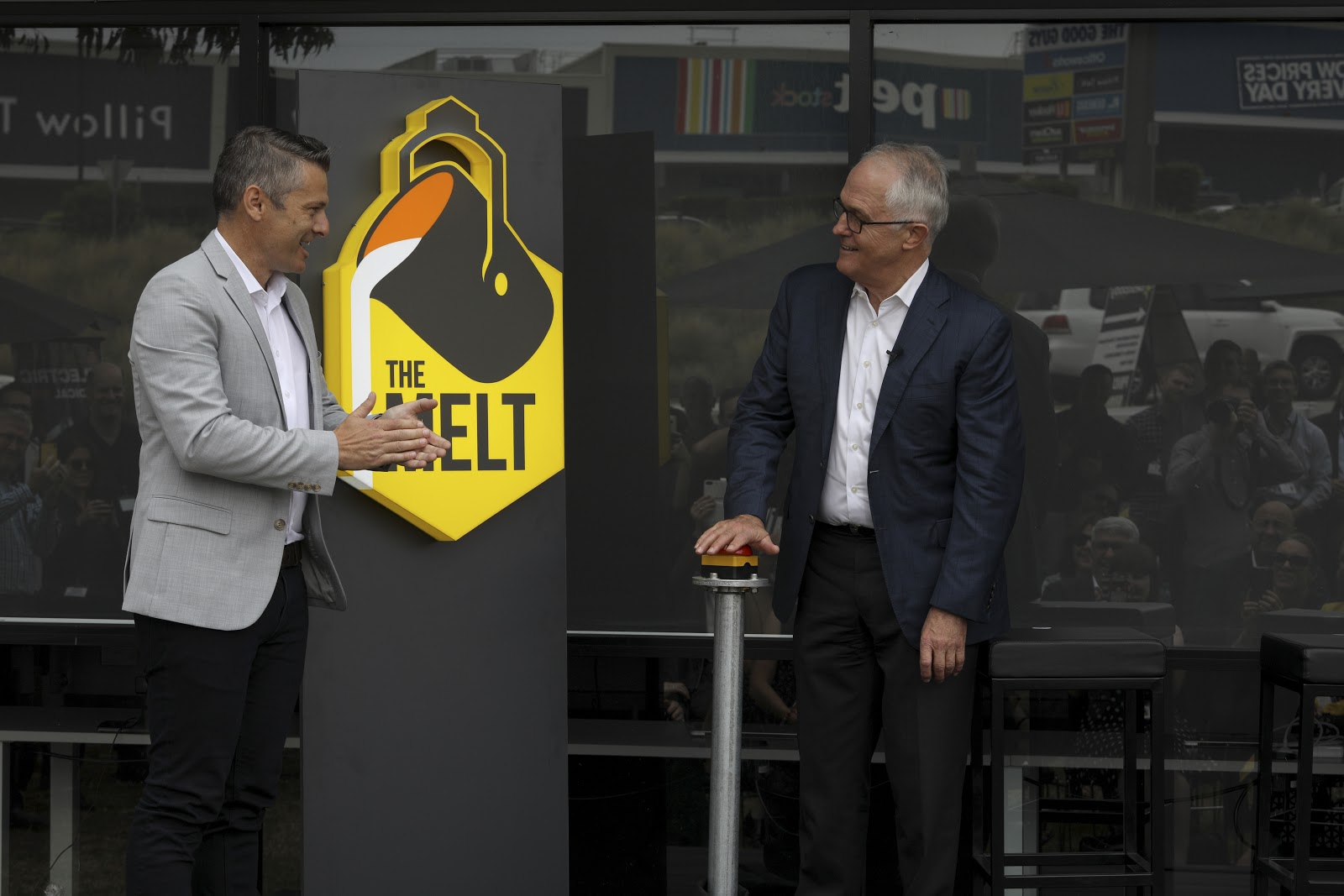 Brent Bagnall, Founder and CEO of The Melt, and former Prime Minister, The Honourable Malcolm Turnbull, at The Melt opening

The Hon. Mr Turnbull shared his insights about the future of product innovation in Australia and introduced The Melt as Australia’s first integrated industrial prototyping lab and innovation Accelerator.

“I have always been a strong believer in innovation and it is accelerators like The Melt that will create the modern, dynamic economy that Australia needs,” said The Hon. Mr Turnbull.

“The Melt is a welcome addition to the Hunter region, and embodies the key elements of the Innovation Agenda I put in place as Prime Minister,” he added.

Poised to create more than 50 jobs and expand the economy by $50M over the next two years, the hardware accelerator will be a significant addition to the Australian technology landscape. The Melt will grow and scale engineering projects, revolutionising the way startups and larger companies prove, prototype, pilot and produce globally scalable products and companies.

Founder and CEO of The Melt, Trent Bagnall said it was born out of the realisation that building physical products was hard.

“There is huge support in Australia for tech-based software companies to help grow the next Atlassian or Canva, however, there is very little support for engineering startups building the next Cochlear implant, Catapult Sports performance technology or black box flight recorder,” he said.

“The failure rate for hardware development is high, the process is often slow, and the costs associated are significant. The Melt has been designed to target these challenges and help both startups and corporates access funding, expertise, equipment and pathways to rapidly realise product development success,” he added.

The Melt takes the startup principles made popular in Silicon Valley and applies them to complex hardware engineering projects both for new startups and large existing companies.

The Melt will be a game-changer and a critical part of the successful renewal of the manufacturing sector in the Hunter region and Australia-wide, building on the Hunter’s core strength and history as the centre of energy and engineering. It will fuel innovation and power the creation of Australia's next generation of leading hardware products.

One of the early occupants of The Melt is med tech company Respia which is building a pediatric asthma monitor for kids. The prototype is being built at The Melt and a trial of the device is pending at the Children’s Hospital at Westmead.

“Based at Dashworks Makespace in Warners Bay, on the shores of Lake Macquarie, it is strategically located close to advanced manufacturing and research hubs, Australia’s largest corporates, a major airport and only 90 minutes by car to Sydney,” said Mr Bagnall.

It was one of three businesses announced by the Federal Government to share in more than $1 million under the Incubator Support initiative to help entrepreneurs turn their ideas into reality.

Minister for Industry, Science and Technology Karen Andrews said supporting these ideas was vital to growing the nation’s economy and creating jobs for Australians.

“Being innovative and embracing technology is essential for industry to continue to flourish and to create new jobs,” Minister Andrews said at the funding announcement made in July.

“These startups will be able to prototype, pilot and produce products, which can strengthen traditional industry in Australia, as well as be sold around the globe, which presents many economic opportunities,” said Minister Andrews.

The Melt is a unique collaboration between its partners Dantia (the Lake Macquarie Economic Development Company) and Ampcontrol (one of Australia’s largest and most-successful engineering companies).

The Melt aims to produce 10 new products and fund around the same number of new startup businesses in the next 12 months.

The Melt is a collaboration between the Founders of innovation leaders Slingshot, local Engineering powerhouse Ampcontrol and Lake Macquarie economic development company Dantia. It aims to grow and scale hardware startup projects which will revolutionise the way hardware startups and corporate groups build new products.

What The Melt will do:

- Provide entrepreneurs, startups, innovators and students who have a great idea for products that have a hardware component, with the opportunity to develop the capabilities required to build businesses and succeed in international markets;

- Provide corporates with the ability to liberate internally “trapped” hardware projects and IP to save time and money, mitigate risk, and improve operations or get new products into the market quicker;

- Create strong partnerships both domestically and internationally to drive opportunities for product-based companies whether; big or small.

- The Melt Accelerator – a structured program with funding, tools and services to help startups build great hardware products and launch a successful business.

- The Melt Labs – a proven product development process for companies looking to speed up corporate innovation, increase their competitive advantage and produce a new revenue stream 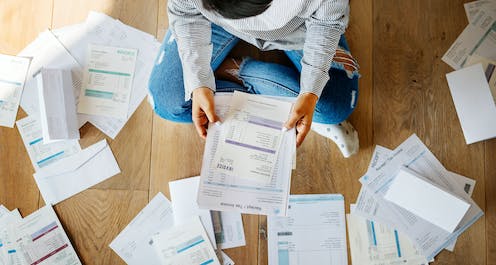 Rawpixel.com/ShutterstockWhen Debbie (not her real name) lost her main client and was left without a reliable income, the sole trader sold her home and adjoining investment unit to pay off h... 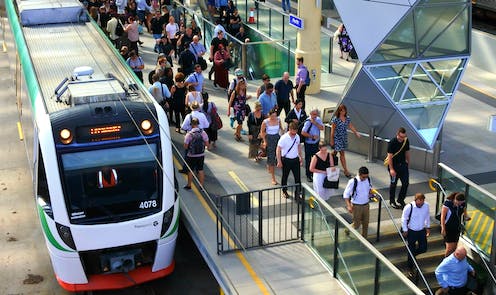 Jobs for men have barely grown since the COVID recession. What matters now is what we do about it

ChameleonsEye/ShutterstockOf all the weak targets ever adopted by Australian governments, one of the weakest has to have been an unemployment rate “comfortably below six per cent&rdquo... 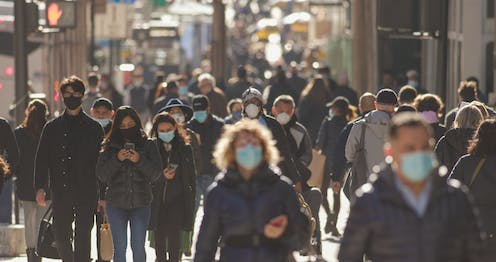 www.shutterstock.comWhat have we lost because of the pandemic? According to our calculations, a lot — and many of the worst hit countries and regions are far from world media attention... 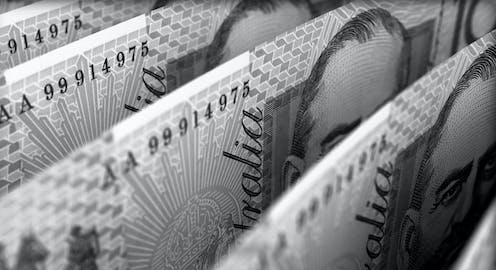 There's fewer of us in it, but for those who are, it's worse

The good news from new research conducted by the Australian National University for Social Ventures Australia and the Brotherhood of St Laurence is that fewer of us[1] are in severe fina...