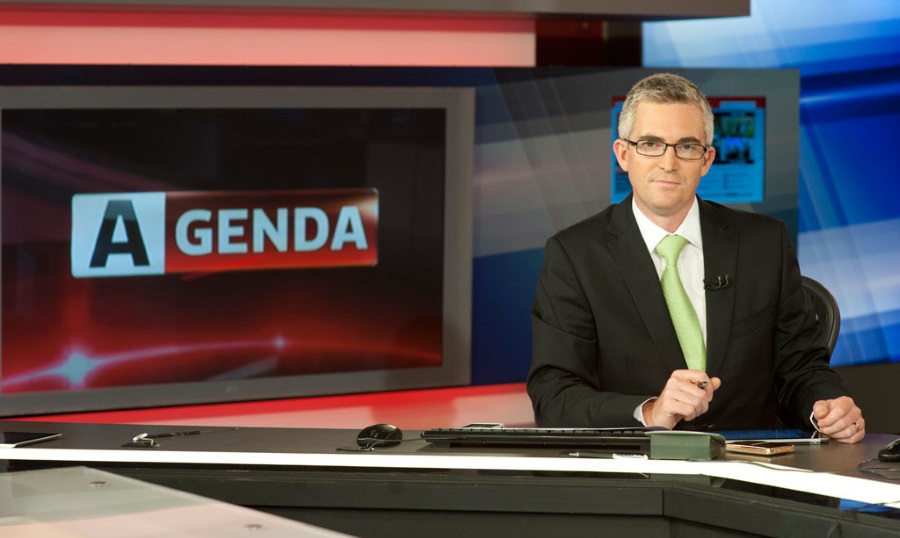 David Speers, Host: As we've seen this morning, the Prime Minister has now wrapped up his visit to Washington with a speech to the state governors and business leaders talking up the strength of the Australia-US alliance and business opportunities. He was accompanied by big delegation of Australian business figures and state premiers and joining me now from Washington, the Chief Executive of the Business Council of Australia. Jennifer Westacott, thank you very much for your time. These delegations provide, obviously, a great backdrop for the Prime Minister. But I'm just keen to hear what tangible results they achieve? What has Australian business got out of this visit?

Jennifer Westacott, chief executive: A lot David. First of all, the chance to sit down with American corporations and American business people to see what they're doing, to really understand the impact of the government's reform agenda, tax cuts, regulation, infrastructure, what was actually really going to happen in companies. What decisions were they making, but also that opportunity to, kind of, sit down with business people and the state premiers and the Prime Minister and the Ambassador, to say, what can we do to actually strengthen that economic relationship? So it's been a fantastic trip and I think probably the first time that the premiers, leading business figures, the Prime Minister have all been here together, and I know from talking to all the Australian business delegates, they really thought this is hugely important.

Jennifer: Couple of points to make. The first thing is that the energy from the American businesses, the absolute enthusiasm for the corporate tax reduction was just palpable yesterday. People were talking about how it's reinvigorating their investment decisions, they're giving bonuses to their workers, they're putting big investments in.

Jennifer: It's changed the landscape for those companies. I think the issue for Australia is this, this is a very important point. If the Senate passes the company tax reductions to 25 per cent over a decade. It will send that signal and you've heard BHP and Rio and many Australian companies saying they will make immediate decisions. Yesterday Jean-Sebastian Jacques from Rio Tinto made a very, very important point, and it’s this, that if we don't act that companies will make decisions to go to where they get better returns on investments and where those involve big projects, we will take a long time in Australia to get those big projects back into our country. So, it's not like for like and certainly the accelerated depreciation change that the Americans have put in place has a huge impact. But there's no doubt that what we've been, which is that reducing taxes drives, investment drives higher wages, and creates more jobs. That is what US companies are telling us. This is real. This is happening. It's not “trickle down” economics, it's pouring. It's about to pour here actually. You know, this is actually having a huge effect on the US economy, as is the deregulation agenda, which very few people talk about.

David: You mention BHP there and look this is interesting. A warning that if we don't do this, we're going to lose projects, big investments in Australia. I mean, are there tangible projects that can be pointed to. That will hinge on this company tax cut. If it doesn't pass the Parliament, this particular project won't go ahead?

Jennifer: Well you know, that'll be matter for individual companies, but you know, you think about these big projects. The next wave of mining projects, the next wave of LNG projects, all of those projects are delivered by global companies and those boards will be sitting down, this is their responsibility to do that, and looking at where they can get the best return on investment and Australians have got to understand that whilst we're great mates with the Americans, we're competitors with them. If we're not competitive, if we fall behind, we will see investment go to other countries and some of those big projects that are still hanging in the balance, up in the North West of Australia, up in Queensland, those projects we need in agricultural communities. They won't happen in time-frame that they need to happen to give real benefit to the Australian people.

David: And would you like to see Australian companies also lay out what they would do with a company tax cut in terms of wages, because we have seen some in the United States offer bonuses but also some modest wage increases as well. But, as I say, there is a big difference between the tax cut there and the tax cut proposed here. Would it help do you think, politically, to lay out what might happen with a tax cut here?

Jennifer: Well I think some companies have started to do that, it’s going to be on a company by company basis, but it's very difficult to ask Australian companies to promise a wage increase of a company tax cut where they're not going to receive the benefits for a decade. But the evidence is absolutely compelling, David. The evidence from Treasury, the evidence from the United States, the evidence from the OECD, the evidence from  Ken Henry's review, that the vast benefits of reducing company taxes goes to workers. It goes to higher wages because it drives higher productivity which is driven from the investment, which of course increases when those after tax returns are better. So the economics is in, the economics has certainly been reinforced on our trip here. But companies will make that decision on a case by case basis.

David: A couple of other things. The Trans-Pacific Partnership, President Trump giving some hints about the US potentially re-engaging in it, if there are big improvements in the deal for the United States. Now we know the Prime Minister would love the US back in, it’s of strategic benefit to have the US back in this thing. But what about business? There would be pros and cons, I'd imagine, if the US were to get back into the TPP, in terms of market access, we might, then lose in countries like Japan and so on. What do you think? Do you want the US back in this deal?

Jennifer: The President made it very clear, he doesn't think that the TPP is a good deal for the United States, so it's going to be quite some time before we see the US come to the table here. In that time, the Australians, the Japanese, other countries, have got on with this TPP Eleven. They'll have frankly first mover advantage. I mean we have to remember that entry into the TPP will have to be agreed, so Australia will have an advantage of going in first and we're very enthusiastic and very encouraging of the government to get on with this TPP Eleven.  You know, the President, I think left the door open, but I wouldn't say wide open, he still doesn't think this is a great deal for the US and I think it will take quite a lot to get to the US to the table.

David: Tony Abbott has been calling for a sharp cut in the overall immigration intake from around a hundred and eighty, eighty five thousand down to one hundred and ten, the overall migration number. What do you think of that suggestion?

Jennifer:  Well, I think we've got to be very careful making sharp adjustments to our migration intake without evidence about how this will actually impact on our economy. We've had this level for quite some time. It's been very important to our economic growth, we need skilled workers, we need migration for our economic activity. What I think is the issue here is two things. Is it being targeted properly and all we planned for properly, are we getting the infrastructure that we need to actually make sure that that population growth is met with good services, better living standards? Those are two issues that I think we should debate and debate very carefully. I'd be very concerned, and I think business would be extremely concerned, to just see a sharp downturn on the migration intake without a very extensive analysis and the productivity commission recently looked at this and its principal recommendation was better targeting. So, perhaps that's where we should start, David. Better targeting, better planning rather than a sharp reduction.

David: Just one more question, Jennifer Westacott, because it does look increasingly rainy where you are. I appreciate you sticking with us. A big issue here and in the United States has been issues around sexual harassment but also consensual sexual relationships and so on. The Prime Minster has put this new ministerial code in place, that bans Ministers having sex with staff. Companies take a bit of an ad hoc approach to this, but from the Business Council perspective, what do you think about the need for more clarity around employer employee relationships?

Jennifer: I think you'll find most of the large corporations have very, very, strict policies on this. They certainly have incredibly strict policies about harassment. I mean certainly its a company by company basis. Clearly when people are in a power relationship, you know, as the Prime Minister said, people having sexual relationships with subordinates is a very, very difficult thing in either political life or in business life. But I think you'll find that that most large corporations, certainly the ones I'm familiar with, have very, very rigid standards here and take a very, very strict approach to this. But its clearly something companies ought to always be keeping a watch on, always be kind of vigilant because these things erode cultures, and they erode best practice in companies.

David: Jennifer Westacott, Chief Executive of the Business Council of Australia, live from Washington. Thanks so much for joining us this morning.