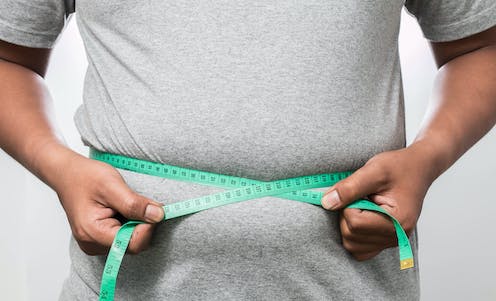 This is the first of a two-part series on obesity as a market failure. Read the second part here[1].

Obesity levels in Australia and around the world are high and rising[2]. This comes at an enormous economic cost for society and individuals, not only in terms of health care[3] and productivity[4], but also in lost quality and duration of life.

Both behavioural economics research and weight-loss trials show that relying solely on Australians to take personal responsibility is doomed to fail, unless governments step in to create environments that promote healthy food and physical activity.

There is plenty of evidence to show obesity is not simply an individual choice. The failure of the unregulated market to deliver societally optimal outcomes calls for government intervention through regulation, taxes and subsidies[5], to create environments that make the healthy choice the easy choice.

Notions of ‘rational choices’ are flawed

An emphasis on the need for “personal responsibility” often comes with a rejection of the need for government action.

In 2004, for example, the then prime minister, John Howard, rejected a plan to ban fast food advertising during children’s television programs[6], saying it would “take responsibility away from parents”.

But there are a few requirements for someone to control their weight:

Read more: Explainer: overweight, obese, BMI – what does it all mean?[7]

First, let’s examine that last element – can well-informed individuals who want to lose weight succeed? Some can, and some do.

But I have met obese dietitians, and I don’t think they chose to be as heavy as they were. Some of the world’s top obesity experts are also overweight[8]. Clearly, knowledge alone is not enough to keep a healthy weight.

So, why is it so difficult for many individuals to keep the weight off?

Kahneman argues that most of our daily decisions are made in an instant, without reflection. But experiments also show that contextual cues influence us much more than we realise.

In one study Kahneman cites, participants were asked to estimate how old Gandhi was when he died. They gave a much higher estimate when the previous question was whether he was older or younger than 114 years, compared to if the prompt was 35 years.

Marketing experts also know this – advertising works. In short, the environment in which we live has a large impact on what we eat and how much we move. Our personal choices are bounded choices and not entirely rational.

Studies of the long-term success of weight-loss interventions confirm this.

One year after the end of diet and exercise interventions, about half of the weight loss has been regained[11]. It seems likely that all weight is back on in about 5.5 years[12].

The participants in such studies are well motivated and excellently informed, and it seems unlikely they changed their minds about wanting to be lean. So, in all likelihood, they were unable to sustain the behaviours required for it.

But this isn’t the cost of personal responsibility. High obesity rates are not the result of a deliberate trade-off, where people choose to accept obesity as an acceptable price for the unhealthy food choices and low physical activity levels they favour.

This is confirmed by the fact that obese people tend to report a lower quality of life[14] than lean people.

Read more: Why the government should tax unhealthy foods and subsidise nutritious ones[15]

Instead, obesity is a result of environments that lead to these behaviours. Insisting on “personal choice” as a solution will have limited success unless we make it easier to eat more healthily and be more active.

In an environment that stimulates the consumption of unhealthy food and discourages physical activity, many people are unable to stick to the behaviours needed to achieve and maintain a healthy weight.

This means there is scope for the government to get involved and, for example, tax unhealthy foods and subsidise nutritious ones[16].

Promoting healthy environments would improve overall well-being, the maximisation of which is the proper objective of economics.