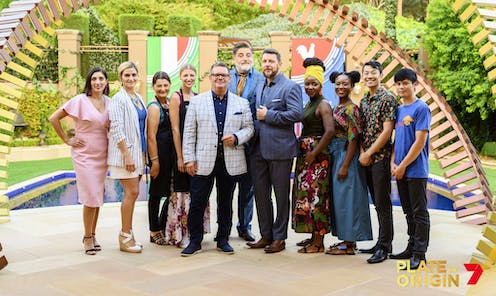 The grand final of Plate of Origin will air on on Channel Seven tonight.

Like other blockbuster cooking shows (think MasterChef, My Kitchen Rules), Plate of Origin is billed as a celebration[1] of Australia’s multiculturalism — a rare example where other cultures are shown and discussed on mainstream TV.

But don’t be fooled. Plate of Origin provides a clear demonstration of how multiculturalism in Australia remains defined by white people.

What is Plate of Origin?

The program[2] features ten teams cooking off against each other, based on national cuisines, in the “world cup of cooking”. It is described as both an “epic competition” and a “celebration of Australia”.

The teams include Team China, Team Lebanon, Team Vietnam, Team India and Team Greece. It is hosted by Gary Mehigan and Matt Preston of MasterChef fame, and Manu Feildel from My Kitchen Rules.

What’s wrong with it?

For a show that is all about different cuisines and cultures, the judges are three white men (two born in England, one in France).

While their expertise in cooking[4] is undoubted, their position as judges reasserts the wisdom and virtue of white men. This when MasterChef ventured to have an Asian woman, Melissa Leong[5], on its judging panel this year.

A major issue with the way the show is constructed is the presence of a “Team Australia”. This is comprised of two white Australians —Ethan and Stew[6] — who are “just two regular guys who like to cook”. Considering the show is about the teams cooking food from their heritage, then why not have a “Team United Kingdom” instead?

Having a “Team Australia” frames whiteness as normal and invisible, implying the other teams aren’t “real” Australians.

This idea was reinforced in episode six’s elimination task, where contestants had to prove themselves by adapting “an Aussie classic - the pie![7]”. This shows how other cultures can demonstrate their ethnicity, but must play by the rules set by white Australia.

There is no First Nations representation in the show at all.

Food from a white perspective

The program also makes assumptions about food from a white, European perspective.

As Team Cameroon noted in the lead up to a dessert challenge, “Africa, we don’t really do desserts”. This is similar to criticisms recently levelled at MasterChef, when it failed to understand Asian cuisine. For example, celebrity chef judge Jock Zonfrillo suggested[8] Asian ingredients did not “automatically lend themselves to a fine dining dish”.

All this of course comes amid growing discomfort and anger about the lack of media diversity in Australia.

Recent Deakin University research showed[9] those on Australian television are overwhelmingly white. The research, which examined two weeks of programs, found more than 75% of presenters, commentators and reporters were of Anglo-Celtic background, compared to 58% of the population.

Plate of Origin and Australian multiculturalism

While Plate of Origin can be viewed for its (questionable) culinary or entertainment value, it also highlights ongoing issues with Australian multiculturalism.

It is a textbook example of what Australian anthropologist Ghassan Hage terms the “white nation fantasy[10]”. This argues multiculturalism and racial bigotry coexist in Australia.

For Hage, Australia’s version of multiculturalism demands mastery over People of Colour, as objects to be looked at, consumed and controlled.

Read more: Masterchef row puts chicken rendang and nasi lemak at the top of the menu[11]

Its key figures are “white multiculturalists[12]” who advocate tolerance and multiculturalism. But they also grant themselves the right to determine who is to be tolerated as part of the nation’s cultural and moral core.

According to Hage, Australians of colour need to “make themselves over as objects tolerable to white Australians”.

One of the main ways in which this is done is through what Hage terms a “multicultural exhibition”, in which minority groups are paraded for the benefit of white audiences.

For example, multicultural festivals[13] and museum displays are prone to displaying a collection of migrant cultures as separate from Anglo-Celtic Australia and can trivialise issues of social inequality.

Read more: We know racism and recessions go together. Australia must prepare to stop a racism spike here[14]

So, Plate of Origin helps us understand why multicultural Australia celebrates the presence of People of Colour when they know their place, which is to say it does not really celebrate them at all.

First Nations Australians can be adored as athletes[15] and artists[16], but far less so as protesters[17]. That is, they should not disturb how “mainstream Australians” envisage themselves.

Plate of Origin also helps us to understand why so many areas of leadership in Australia, including law[18], business[19] and federal parliament[20], remain largely white.

Not ‘just a TV show’

It’s heartening to see Plate of Origin is not proving to be a ratings winner or critics’ favourite[21].

Nevertheless, the program is still being aired on a major network in a prime time slot - and still being viewed by hundreds of thousands[25] of people each week.

What is shown on our TV screens matters. It is a reflection of how we think about our community. Hopefully the next time a program tries to “celebrate” Australia’s multiculturalism, it does so in a much more thoughtful way. 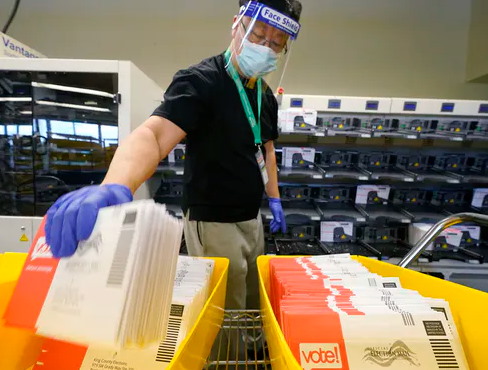 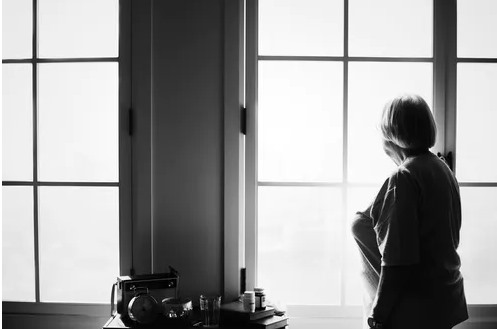 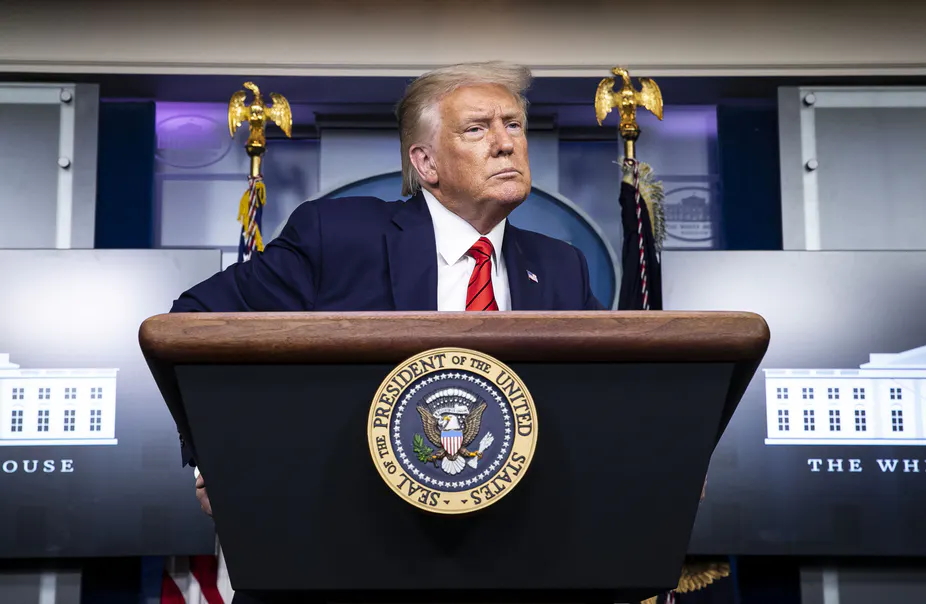 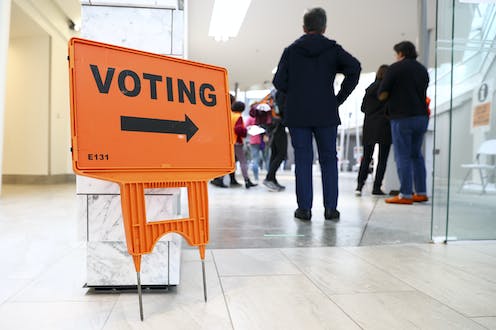 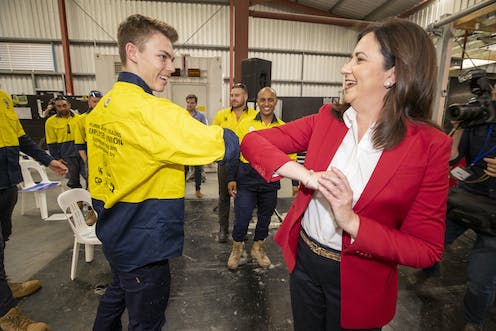