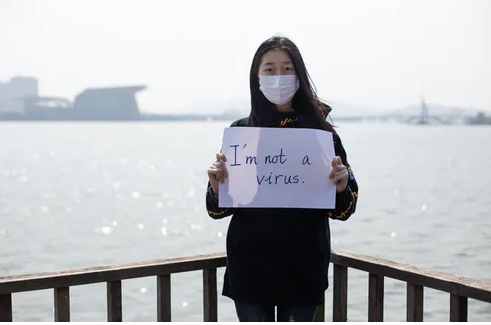 In early April, Prime Minister Scott Morrison sent a clear message[1] to temporary visa holders that if they were no longer financially solvent to ride out the pandemic, they were not welcome in Australia.

As much as it’s lovely to have visitors to Australia in good times, at times like this, if you are a visitor in this country, it is time […] to make your way home.

As our new research published today[2] shows, this statement fuelled feelings of abandonment and worthlessness among temporary visa holders who have been left out of the government’s economic support schemes during the COVID-19 crisis.

In our survey of more than 6,100 temporary visa holders (including international students, backpackers and holiday workers), many used stark, dehumanising language to describe how they’ve felt since the pandemic began in Australia six months ago:

Others recounted harrowing experiences of racist attacks — being punched, kicked, shoved and deliberately spat at or coughed on by passers-by — as well as a range of xenophobic slurs.

For many of our respondents, this has destroyed their sense of belonging in Australia and fundamentally changed their perceptions of the country and its leaders.

Read more: 'I will never come to Australia again': new research reveals the suffering of temporary migrants during the COVID-19 crisis[3]

‘ATMs of the Australian government’

Our earlier research[4], and that of other scholars[5], has documented how temporary visa holders have suffered financially during the crisis.

These visa holders include international students, backpackers, graduates, sponsored workers and refugees. Many work in casualised industries, such as hospitality and retail, lost their jobs and struggled to meet basic living expenses[6].

There are more than one million temporary visa holders in Australia — who may comprise up to 10% of Australia’s workforce[7] — but they have been excluded[8] from the federal JobKeeper and JobSeeker support schemes. 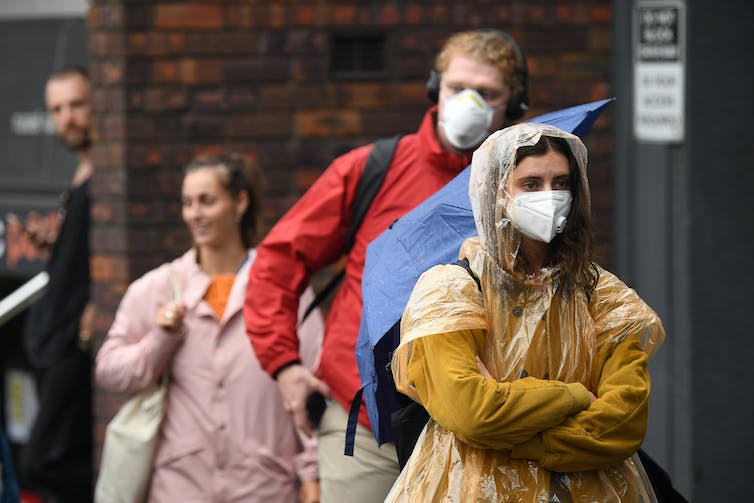 Read more: 4 out of 5 international students are still in Australia – how we treat them will have consequences[9]

In our latest survey, thousands of respondents voiced their distress and anger at the government’s lack of support during lockdown. Many felt their only value to Australia was as a revenue stream, since they worked here and paid taxes or spent considerable sums to study at universities.

A striking number used words such as “cash cows”, “money-making plants”, “ATMs of the Australian government” and “walking moneybags”.

Many felt callously used for their cheap labour. A Russian master’s student said:

We paid taxes. We did all dirty work Australians don’t want to do and what about us? […] It is nice to have invisible cheap workers that will be silently committing to work when you and your family can stay at home or work from home and get government support and don’t lose any money.

International students, in particular, have been encouraged by the government and universities to invest heavily in Australia — often spending their life savings — to set up new lives here. Many stay for at least five years — a three-year bachelor’s degree followed by a two-year temporary graduate visa.

As one French graduate visa holder put it:

some of us have been here for years and consider Australia like our home now. Quitting everything we have done and been through is just unimaginable.

For some, their experiences have gone beyond social exclusion to overt racism. Almost a quarter of our respondents said they had been subjected to racist verbal abuse since the pandemic began in March. And a quarter said people avoided them because of their appearance.

More than half (52%) of Chinese respondents reported experiencing at least one of these forms of racism, as did more than 40% of those from other East Asian and Southeast Asian countries.

We also received more than 1,600 personal accounts of targeted xenophobic slurs, such as people saying “coronavirus”, “Chinese virus”, “Asian virus” or worse to them in public or at work.

a stranger shouted in my face that I am the virus in the supermarket.

Another international student observed this kind of harassment

is a regular thing for Asian people in Australia.

In an echo of the prime minister’s words, many respondents from a range of nationalities reported being told to “get out of Australia”.

As one Colombian student put it,

I received many comments from Australian[s] telling me leave the country, go back your home, ask you[r] family for money, respect the Australian people.

An Indian student recalled being told

to go back to my country by random strangers on the street while working as an Uber Eats delivery man.

Abandoning people in their time of need

Clearly, the impact of the exclusion felt by these temporary visa holders will far outlast the pandemic.

The government’s failure to support these vulnerable people has the potential to profoundly impact Australia’s global reputation. The country’s education and tourism sectors will also likely suffer the economic consequences for years to come.

Of the students and working holiday makers in our survey, 60% indicated they are now less likely or much less likely to recommend Australia as a place to study or work.

This includes international students from important education markets like China and Nepal (76% and 69% less likely to recommend Australia, respectively).

Read more: We know racism and recessions go together. Australia must prepare to stop a racism spike here[10]

Our survey reveals the financial situation of many respondents is rapidly worsening, with more than a third of international students indicating they will run out of funds by next month.

The government must use the October budget to rectify the exclusion of temporary migrants from social support measures.

If it is not compelled to act for ethical or diplomatic reasons, it should at least listen to the observations of one survey respondent. This is emblematic of the sentiments expressed by thousands more: 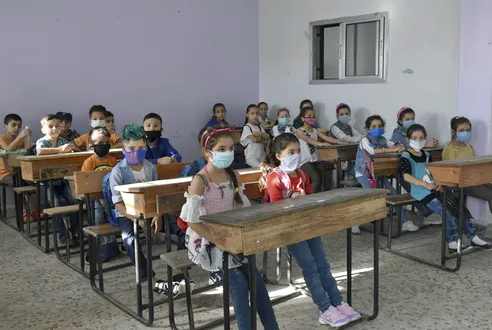 Syrian President Bashar al-Assad may have successfully warded off a nine-year rebellion[1] against his government, but he is being tested with eco... 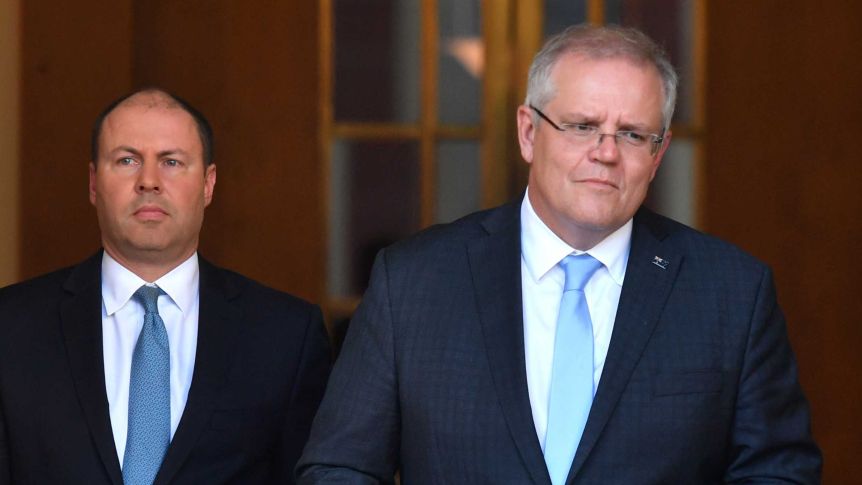 The government is extending the COVID health measures for a further six months, until the end of March, in its latest acknowledgement that pandemi...

If Labor were threatening to build a power station, the Liberals would likely be screaming “socialists”.As for a Coalition government cont... 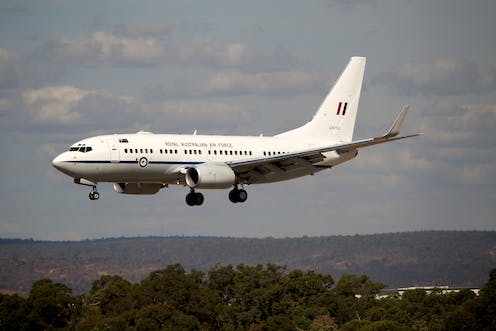 Can we use the RAAF to bring home stranded Aussies overseas? 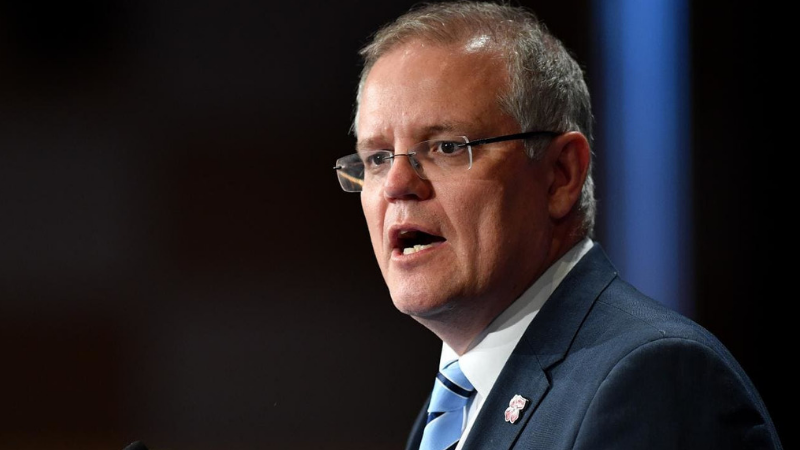 DAVID KOCH: Prime Minister, Scott Morrison, thanks for your time. How concerned are you that so many Australians are still stuck overseas?   ... 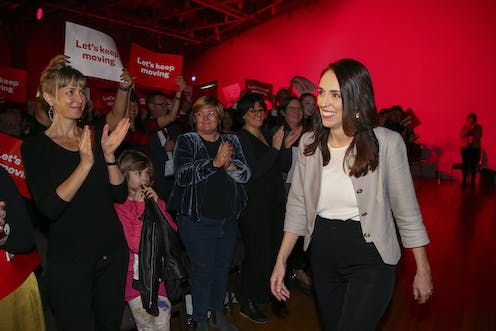 GettyImagesThe delay to the New Zealand election date — to which not every country’s citizenry would have adjusted with such alacrity &mda...

Temporary migrants describe anguish of exclusion and racism during COVID-19

In early April, Prime Minister Scott Morrison sent a clear message[1] to temporary visa holders that if they were no longer financially solvent to... 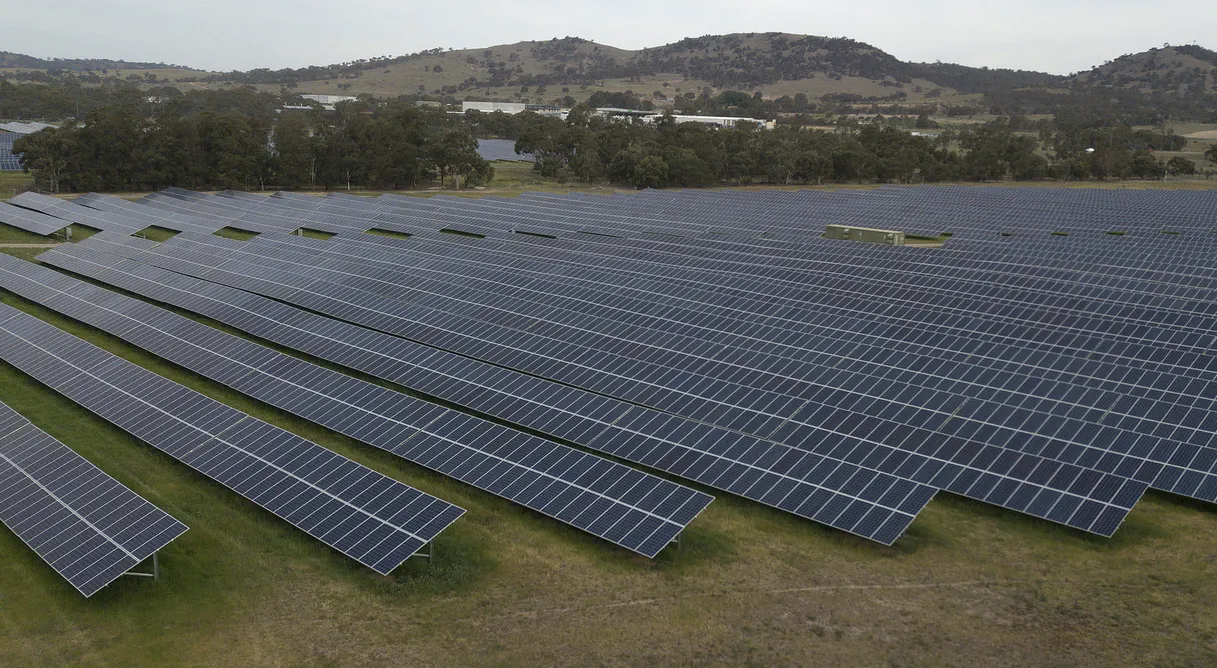 Government targets emerging technologies with $1.9 billion, saying renewables can stand on own feet

The government has unveiled a $1.9 billion package of investments in new and emerging technologies, and reinforced its message that it is time to ...