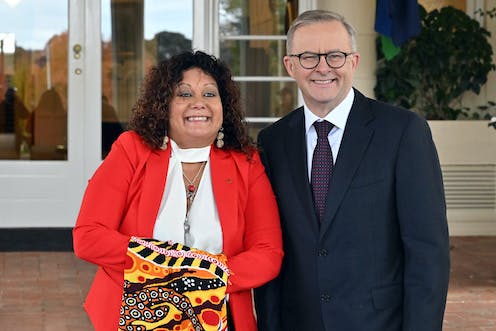 The final buttons to electronically distribute preferences for the Senate were pressed in NSW, Victoria and Western Australia on Monday. I wrote about the distribution of preferences in Queensland, South Australia and Tasmania on Saturday, and the climate activist’s David Pocock’s ACT Senate victory on Tuesday[1].

All states have 12 senators, with six up for election at half-Senate elections. A quota is one-seventh of the vote, or 14.3%. State senators are elected for six-year terms beginning July 1, barring a double dissolution.

This was a crucial victory for Labor, because it means Labor, the Greens and Pocock will have a combined 39 of the 76 senators, enough to pass legislation opposed by the Coalition.

The preference distribution[4] shows that One Nation was well ahead of the third Liberal when the Liberals were excluded: 0.71 quotas for Labor’s third candidate, Fatima Payman, 0.61 One Nation and 0.46 Liberals.

Had Liberal preferences heavily favoured One Nation, Payman would have lost, but non-exhausting Liberals were about 50-50, with Payman defeating One Nation by 0.85 to 0.75 quotas.

In Victoria, final primary votes were Coalition 2.26 quotas, Labor 2.20, the Greens 0.97, UAP 0.28, Legalise Cannabis 0.21 and One Nation 0.20. Two Coalition, two Labor and one Green were elected, with the UAP’s Ralph Babet defeating the Coalition’s Greg Mirabella for the final seat to gain this seat from the Coalition.

ABC election analyst Antony Green[5] said Babet led One Nation by 0.44 quotas to 0.40 when One Nation was excluded, and gained over 50% of their preferences. Had Mirabella beaten Labor into third, he may have benefited from Labor preferences.

Analyst Kevin Bonham[6] said the third Liberal, Jim Molan, defeated One Nation by 2.4%, down from a 4.0% primary vote gap.

The outcome of this half-Senate election is 15 Coalition out of 40 (down three including a gain from a defector), 15 Labor (steady), six Greens (up three), one One Nation (steady), one Jacqui Lambie Network (JLN) (up one), one UAP (up one) and one Pocock (up one). The defector from the Coalition in the NT and two Centre Alliance in SA (one a defector) all lost their seats.

The overall Senate is 32 Coalition out of 76, 26 Labor, 12 Greens, two One Nation, two JLN, one UAP and one Pocock. On legislation opposed by the Coalition, Labor will need the Greens and one of the six Others, most likely Pocock or the JLN.

It’s the highest Senate representation for the Greens, reflecting their wins in all states at the last two half-Senate elections.

The table below shows the results for this election by state and nationally. ONP is One Nation and Others are UAP in Victoria and Pocock in the ACT.

The JLN won one seat on just 0.2% of the national vote. They only contested Tasmania, which is easily the least populous Australian state, but all states have 12 senators.

As One Nation is a right-wing party, they took votes away from the Coalition by contesting almost every House seat. Labor’s House vote was down due to the teal independents, who were not factors in the Senate apart from Pocock in the ACT.

Senators up at next half-Senate election

These are the senators who will be up for election if the next election is a normal half-Senate election. That election would need to be held by May 2025.

The four ACT and NT senators only have three year terms, while the state senators up are the ones who were elected in 2019. In every state except Tasmania, the Coalition will be defending three seats. Another bad election for the Coalition would be costly in the Senate.

This byelection was caused by the resignation of LNP member Colin Boyce to contest the federal seat of Flynn[11], which he won.

I covered Sunday’s French legislative elections for The Poll Bludger[12]. President Emmanuel Macron’s Ensemble coalition lost its majority, and will probably depend on the conservative alliance to pass legislation. Both the left and the far-right made big gains.

Also covered: two Conservative-held UK byelections that occur this Thursday, and US President Joe Biden’s ratings are now worse than Donald Trump’s at this point in both their presidencies.