What’s most significant is the commission has ruled Franco was, in fact, an employee of Deliveroo, not an independent contractor – the legal strategy platform companies use to avoid employer obligations and shirk paying employee entitlements such as a minimum wage and leave entitlements.

With Deliveroo’s rival Menulog having committed in April to trial an employment model for its riders working in Sydney’s CBD[1], the ruling further swings the pendulum towards employment rights for “gig workers”.

How did we get to this important decision?

Franco took his case to the Fair Work Commission (Australia’s industrial relations tribunal) after Deliveroo terminated his account in April 2020. He had delivered food in Sydney for the platform since April 2017. Deliveroo’s reason for termination was he had delivered food orders too slowly.

With support from the Transport Workers Union, Franco lodged an unfair dismissal claim. Deliveroo’s lawyers sought to thwart the claim on the basis that he was a contractor. Only if he was an employee could the commission rule on whether he had been unfairly dismissed.

So Franco’s case required him first to demonstrate he was not a contractor but an employee. Then he had to show Deliveroo had unfairly dismissed him.

Commissioner Ian Cambridge’s ruling in Franco’s favour on both these points was based on a full analysis of the workplace controls that platforms can exercise over workers[3]. That analysis was more extensive than previous Fair Work Commission decisions – including in December 2017[4], May 2018[5], July 2019[6] and April 2020[7] – that had ruled delivery drivers and riders need not be treated as employees. 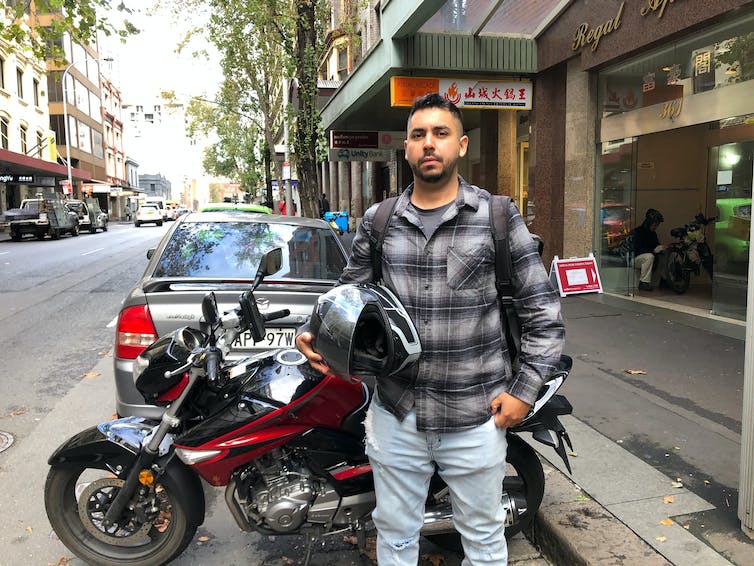 The Fair Work Commission decides whether a worker should be classified as an employee or contractor by looking at multiple factors to form an overall picture (or “smell test”) of the work relationship. A key indicator is “control”.

In this case, Commissioner Cambridge considered both the level of control Deliveroo exercised over Franco and also its “capacity” to exercise control. This went further than previous decisions.

This highlighted how such apps collect data that could be used to control workers.

Previous commission rulings[10] against gig workers being classified as employees have found couriers have considerable control over their work because they can, for instance, decide where and when to make themselves available for deliveries. Francos’ case, however, showed the “economic reality” of the circumstances significantly constrained his autonomy.

On that basis, Commissioner Cambridge ruled Deliveroo had significant actual, or potential, control over how work was performed, when work was done and who received work. This suggested the platform acted like an employer.

Multi-apping not a barrier

Another key aspect of the ruling was rejecting Deliveroo’s argument Franco could not be an employee because he was working for other platforms at the same time. This practice, known as “multi-apping”, is common in the gig economy due to the struggle of earning enough money just working for one platform.

Commissioner Cambridge ruled multi-apping[11] was merely “an example of the phenomenon of change that new technology is bringing to the traditional arrangements for employment”.

The overall picture, he said, was that Franco “was not carrying on a trade or business of his own, or on his own behalf. Instead, he was working in Deliveroo’s business as part of that business.” In short, he was an employee.

Whether Franco was a contractor or not, he said[12], “basic human dignity requires that a matter of such gravity should be conveyed personally”.

He also criticised the company for not informing Franco of the expected performance standards, for not giving Franco adequate warning about the consequence of slow deliveries, and not affording Franco procedural justice such as giving him an opportunity to respond before being terminated.

This meant Franco, an employee, had been unfairly dismissed and was to be reinstated. 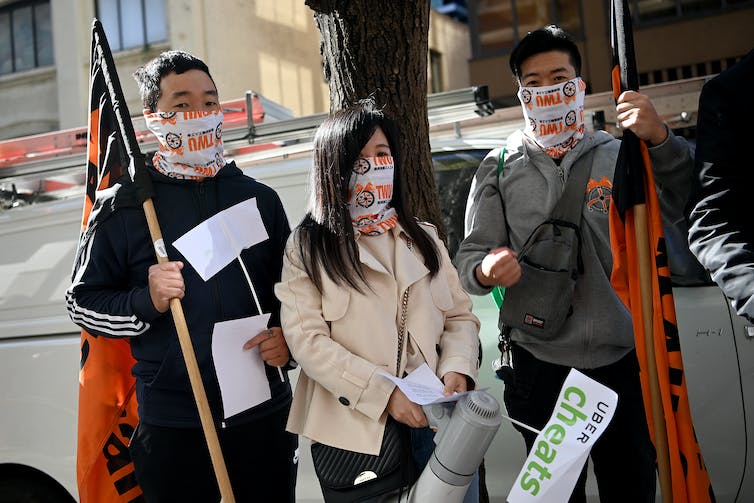 What are the wider consequences

This case highlights the need for properly designed and implemented human and algorithmic management processes to ensure a level of job quality[13] even in the context of digitally intermediated “gig” work.

It goes further than that, however.

Ruling that Franco was an employee and not a contractor reflects a broader global trend. More and more gig workers are pushing back against the contractual arrangements of gig-economy platforms – and courts are agreeing.

In recent months there have been several major decisions. In March, the UK Supreme Court ruled[14] two Uber drivers were workers (a different classification to being an employee, but with more rights than an independent contractor).

Read more: A new deal for Uber drivers in UK, but Australia's ‘gig workers' must wait[15]

In February, Deliveroo lost an appeal against a Netherlands ruling[16] its couriers are employees.

Although Deliveroo is likely to appeal the Fair Work Commission ruling, this case is another sign the thin ice on which “gig” platforms have been skating for years is cracking.