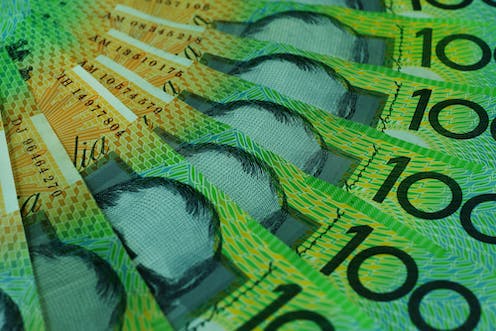 On Friday morning the Coalition’s worst dream will come true.

All throughout the campaign, and all through the two terms in office and three prime ministers and three treasurers that preceded it, they’ve argued they are better than Labor at managing money. They had budget surpluses under Howard that Labor didn’t have under Rudd and Gillard.

In the last election, Labor allowed them to get away with it. Its costings document actually forecast a better budget position than the Coalition’s over ten years (because it rejected the Coalition’s expensive company tax cuts) but a worse position over the immediate four-year “forward estimates”, because of its more generous programs.

The Coalition focused on the four years, not the ten, and painted Labor as irresponsible.

On Friday morning, it won’t make the mistake again. Yes, it’ll detail (and have year by year costs for) programs that are more generous than the Coalition’s, among them cheaper childcare, its Medicare cancer plan and its pensioner dental plan.

But it’ll be able to more than pay for them in every one of the next ten years because of a number of courageous decisions that’ll save money, the most financially important of which is the decision to stop sending company tax refund cheques to people who don’t pay tax. It’ll save it A$5 billion in the first year and more in future years because the cost of the refunds has been balooning.

The result will be a larger budget surplus in every one of the next ten years, including each year of the forward estimates and including the financial year about to start, which is when the budget is scheduled to return to surplus.

So big will be these bigger surpluses that Labor has them on track to hit the Coalition’s target of 1% of gross domestic product four years earlier than the Coalition in 2022-23 rather than 2026-27.

That means that in Labor’s first budget, which it will deliver in August this year if elected as a means of resetting forecasts, its projections will show the long-awaited surplus of 1% of GDP (A$22 billion) within the forward estimates, rather than beyond them as the Coalition’s budget.

All it took was courage, and the ability to withstand complaints from people who own shares but don’t pay tax and are naturally upset about losing government cheques they’ve become used to.

Despite what the Coalition would like to claim, the key reason why Labor’s surpluses will be bigger than its isn’t that Labor won’t be matching its longer term tax cuts. Bracket creep means tax rates need to be cut or thresholds adjusted from time to time to ensure the personal tax take doesn’t climb too high. Labor’s costings recognise this, including a built-in assumption of tax cuts after the tax take hits 24.3% of GDP, a figure cunningly selected because it was the tax take when Howard left office.

If delivered as income tax cuts, at about the time the Coaltion’s high end tax cuts are due, it’ll cost A$200 billion, but the method of delivery will depend on circumstances at the time.

With future tax cuts baked in

The secret sauce in the Labor’s better budget projections isn’t that it isn’t adopting the Coalition’s tax cuts. It is that it’s tackling the handing out of billions of dollars in dividend imputation cheques to people who don’t pay tax in a way the Coalition wasn’t prepared to.

Not that it didn’t think about it. A file list seen by Fairfax Media shows treasury created a file entitled “Tax Policy - Dividend Imputation[3]” in the lead up to then Treasurer Scott Morrision’s 2017 budget.

The tax reform discussion paper commissioned by his predecessor Joe Hockey found “revenue concerns with the refundability of imputation credits”.