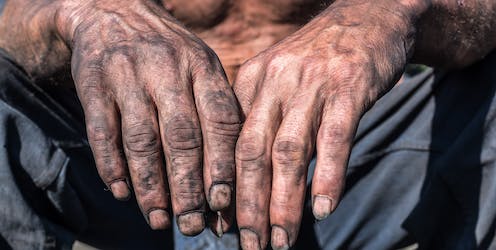 The clock is now ticking on New South Wales’ largest coal mine. BHP has announced it will close its Mount Arthur mine in the Hunter Valley in 2030 – 15 years ahead of its scheduled end of life.

This decision comes after two years attempting to sell the mine[1], in keeping with BHP’s strategy to divest itself of thermal coal operations.

Given the collapsing market for coal assets, the lack of interested buyers is not a huge shock. But this announcement is still significant. The end is no longer speculative. There’s a firm deadline for the thousands of workers employed at the mine, and for the surrounding communities.

This use-by date should focus the attention of the local, state and federal governments on the much talked-about need for a just transition for coal communities.

How to assist those communities to survive (and prosper) after coal has been talked about for decades? Now with less than a decade to go, that talk must turn into concrete plans and action.

The Mount Arthur mine is the one of the biggest coal mines in the world[3] by estimated reserves. Mining began in 2002, extending on existing mining in the area dating back to the late 1960s. Up to 20 million tonnes of thermal coal a year have been extracted. About 2,000 workers[4] are employed at the site.

The NSW government will probably be glad for the extra time to plan on the transition. It has already been caught off-guard[5] once this year, by Origin Energy’s February announcement of the early closure of its Eraring coal-fired power station in Lake Macquarie, also in the NSW Hunter region.

The Eraring coal-fired power station, near Lake Macquarie, about 40 km south of Newcastle in the NSW Hunter region. AAP/supplied

Federal government planning on just transitions for coal communities, meanwhile, has been stymied by the Coalition’s focus over the past decade on prolonging coal mining as long as possible.

What Labor will do is yet to be seen, though new federal member for the electorate of Hunter, Dan Repacholi, has said[6] his key concern is the welfare of workers.

Read more: Australia's next government must start talking about a 'just transition' from coal. Here's where to begin[7]

Communities in NSW’s Hunter Valley are more than aware that time is running out for coal mining. Last year community workshops were held[8] around the region to discuss what is needed for a just transition to occur. Three priorities emerged from those discussions[9]:

The first priority has been somewhat met by the NSW government creating a Royalties For Rejuvenation Fund and Expert Panel[11], which has $25 million a year to spend on mining communities.

But compare that to the $660 million[12] the Western Australian government has allocated to fund the coal transition of a single town, Collie.

Lessons from the past

Research shows[13] the best transitions are those that are equitable, just, and well-planned.

The good thing is that the Hunter Valley has experience with transition, from when BHP shuttered its Newcastle steelworks in 1999[14]. While not a perfect case study, it does provides lessons for today.

Read more: 'We want to be part of that movement': residents embrace renewable energy but worry how their towns will change[15]

Without a co-operative and inclusive approach, drawing on local knowledge, no transition plan is likely to succeed.