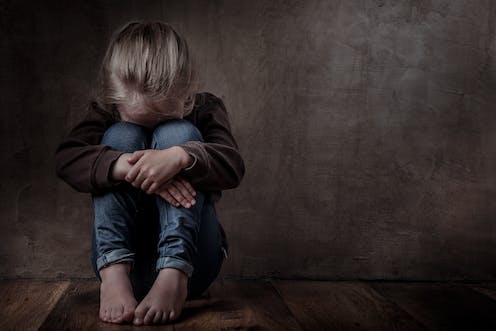 Urgent and bold – transformative even – budget decisions are needed if we are to get serious about the cost of living crisis[1] and what it means for families and children living in or on the edge of poverty.

Our supposedly resilient economy, with its low unemployment, has clearly missed the memo on high inflation, housing costs and plummeting real wages.

Goods that all people typically need – such as food, housing and petrol – have seen New Zealanders spending an extra NZ$4,000 to $5,000 a year on the basics. In short, people are feeling the pinch.

Failing to keep up

Understandably, then, the cost of living crisis has been dominating media headlines and political talking points. And while much of it appears aimed at the middle class, the crisis is surely having an impact on those with the least resources.

Indeed, although we do not have child poverty figures for the past year, there was an indication this crisis and the pandemic years have started to take their toll: declines in child poverty have slowed[3] in the past year on multiple indicators.

In fact, one of the primary poverty measures we examine has risen: the proportion of children living in households with less than 50% of the median disposable household income (before housing costs are considered). This highlights again the disproportionate burden of the housing crisis on low-income families.

Even recent increases in welfare payments have not been enough to stem these trends. Recent modelling[5] suggests a majority of families receiving benefits will still not meet their household costs.

Furthermore, benefits have just switched from being pegged to inflation to being indexed to wage growth. Wage growth typically outpaces inflation, but not this year. What was meant to be (and should be in future) a good thing for family budgets is having an unintended negative effect.

Of course, it’s not all about the pandemic or the economy. The government has the tools to change the child poverty calculus. Indeed, the 2017 Labour-led government came to power on a bipartisan mandate to reduce, if not eliminate, child poverty.

One telling sign of the government’s appetite for eliminating child poverty with this week’s budget can be seen in its second intermediate poverty target (covering the 2021-2024 period[7]). Released in June last year, it was set amid uncertainty about the extent of the economic impact of the pandemic, and in the middle of a housing affordability crisis.

In fact, the policy brief[8] recommending the new targets acknowledged the pandemic might unravel some of that earlier progress.

Even with this uncertainty, however, the new targets Labour set rested on an assumption of a consistent and modest downward trend towards the long-term poverty target.

This suggests we’ll see a correspondingly modest approach to poverty reduction in the budget, in line with the past three years, which child poverty experts[10] have decried as being not enough.

That uncertainty, coupled with high inflation and slipping real wages (fuelled by stressed supply chains and the war in Ukraine), means those families doing it tough now will likely keep doing it tough.

Big and brave policy moves are needed – and fast. Policies that redistribute support to those who need it most during these uncertain times are not unprecedented.

The US — the perennial social policy punching bag — set an example of what a sweeping attempt to alleviate poverty might look like during this pandemic with a series of stimulus payments and child tax credits in 2021. The child poverty rate halved from 10.5% in 2019 to 4.9% in 2021.

Read more: The pandemic’s disproportionate impact on women is derailing decades of progress on gender equality[12]

The US example, however, also sent a warning: when those tax credits expired in January 2022, the child poverty rate jumped back up to 12.1%[13].

Working For Families (WFF) tax credits are one existing avenue for delivering income support for families. But a comprehensive review of the programme now under way will be too late to significantly influence this budget.

Furthermore, the limited scope of that review[14], and already proposed changes to WFF, suggest a modest redistribution of tax credits from higher earning families to the lowest. And this will be mostly for families already in work rather than those without employed adults.

Various options for investing more[15] in WFF, and redistributing tax credits more progressively, were presented to key ministers ahead of this year’s budget. The most generous option showed changes to WFF would lift 17,000 children out of poverty – a mere 1% drop on the poverty rate (before housing costs) from 2020-21.

It’s not to say this change to WFF wouldn’t help families — it would. But it falls short of what’s needed to meet the modest child poverty targets that were set, even before the full impact of the current economic climate is reflected in current and future poverty rates.

When the budget is released on Thursday, keep an eye on the child poverty projections. Anything short of a serious correction of current trends will signal the need for big, bold and urgent policy change in next year’s budget.