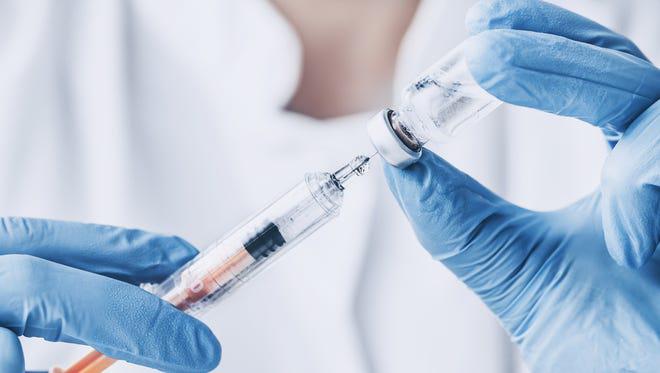 The liver is one of the most important organs in the human body. It plays a pivotal role in excretion, digestion, metabolism, detoxification, osmoregulation and more. Hepatitis is the condition of inflammation of the liver. Hepatitis can be caused by autoimmune reactions, excessive alcohol abuse and taking certain medications. However, the most common cause of hepatitis is by viral infection.

HAV is an infectious disease which spreads mainly through the faecal-oral route. Therefore, when a health person ingests food or water contaminated with the faeces of an HAV-infected person, the person will then be at higher risk of contracting HAV. In some cases, it is spread between blood transfusion and close contact between family members.

HAV is more common in regions with household crowding, inadequate supplies of clean drinking water or with poor sanitation. HAV can be prevented with vaccines such as Vivaxim, which doubles as a typhoid fever vaccine.

Globally, almost 1.5 million HAV cases are reported annually. This number, however, only reveals part of the problem, as almost 50% of those infected with HAV are children and either don’t display many symptoms or are asymptomatic. When the symptoms are mild they are typically not regarded as being caused by HAV. Therefore, the number of annual cases could actually be a lot higher.

The HAV is a non-enveloped virus. It carries its genetic material as single stranded Ribonucleic acid, and is classified as a member of the Hepatovirus genus of the Picornaviridae family. Only one single serotype of the virus exists.

Once it enters the human body, the HAV begins to replicate in the liver cells. This leads to a disruption of standard liver functions. This is an immune response initiation and subsequent inflammation. The incubation period of HAV is around two to six weeks in length. During this period, shedding of infectious viral particles the human faeces begins to increase.

This viral shedding reaches its peak at the onset of viral symptoms and begins to decline from that point on. Initial HAV symptoms include nausea, fever, fatigue, malaise and vomiting. These symptoms can later develop into clay-coloured stools, dark cola-coloured urine and jaundice.

HAV can last from two to six months but rarely develops into a chronic infection. The severity of HAV and the chances of it being fatal increase with age. Increasing levels of bilirubin and ALT and AST indicates the presence of hepatic injury. This can be used for a preliminary diagnosis of HAV.

AST and ALT are the enzymes which the liver cells release in response to cellular problems.

Virus-specific IgM antibodies are made in response to HAV. The detection of this acute-phase antibody response using ELISA is key to diagnosis. Recovery from symptoms is the main aim of therapy as there is no treatment available for HAV.

It is even more important to prevent epidemic jaundice. Since 1992, efficient Formalin-killed whole virus vaccines have been developed to prevent HAV and control outbreaks. 34 countries have used or aim to use the vaccine to stop the spread of HAV.

Children in areas where HAV is prevalent and travellers going to such areas should be immunised. Other than immunisation, certain measures can be employed to prevent catching HAV. This includes proper sewage disposal, improved clean drinking water access and improved health and living standards.